In a world where FOX News is funny and often fictional, it is nice to know that I can rely on New York's local ABC 7 EYEWITNESS NEWS to keep me informed. 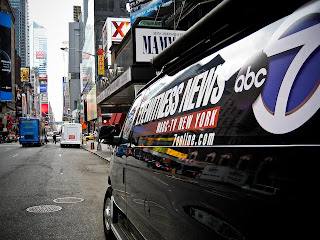 They've got a van.
Yesterday, I was flipping through channels (let's be honest, I was not watching the news) and, when flicking past Channel 7, I heard, "and a dumpster overflowing with trash.  Why hasn't it been emptied?"  I sighed (but did not stay to watch the story since I am more interested in hearing about NFL free agent signings on NFL Network than about dumpsters). 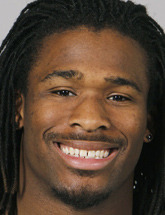 DeAngelo Williams is smiling because he just got a five year, $43 million contract.

If he saw this dumpster, he'd be a lot less happy! 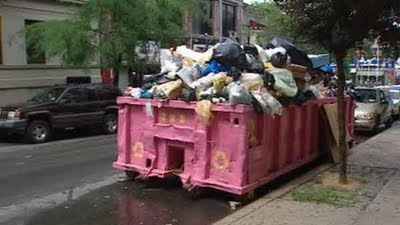 Well, maybe not a lot less.  That's a lot of money.
Later, though, I was curious to learn more.  Like any American, I realized that I need to stay informed on the day's top stories.  So, I used something called the internet to obtain the Eyewitness News report.


This is what I learned:
*The "smelly, overflowing dumpster" was a construction dumpster that wasn't emptied for a month.
*There were rats in the dumpster. 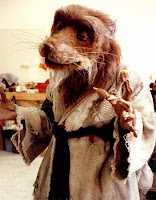 *The dumpster was pink.
*Residents were not happy.  One man had to take his kids on a different route to steer clear of the smelly dumpster!
*The hot weather makes the smell worse. 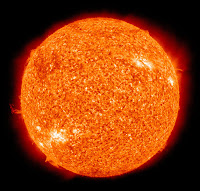 *311 confirmed getting eight complaints in the last few weeks.  (Investigative reporting!  They're sniffing out the facts!)
*Eyewitness News called the number on the dumpster and were assured that the dumpster would be taken away.  Sure enough, yesterday morning, the dumpster was gone.
WOW!  That's a breaking story-- the story of how Eyewitness News saved the city from a smelly, rat-infested dumpster!
Jamie Roth, who covered the story, was honored by the Associated Press in 2006 with a Best Investigative Reporting award.  Maybe I will become an investigative reporter.  I can investigate equally important stories.  Perhaps there is a cat somewhere in the city who is terrifying its neighbors, or a tree that obstructs an otherwise pleasant view from someone's apartment.  These would be newsworthy stories. 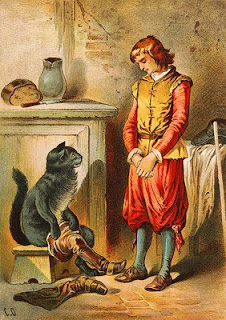 Puss in Boots is stealing boots from that little man!
Overall, I just hope that Jamie Roth, or someone else working for the Channel 7 news team, doesn't read my blog and steal all my stories, like the investigative piece I wrote about the bad ices they're selling at Duane Reade, or how it's hard for me to find pants in my size at the mall.  Hey, maybe I'm just jealous I didn't get the scoop on this dumpster story before they did.
SIDE NOTE: I suppose these types of stories are better than when they relentlessly report on the weather.  "It's a scorcher"-- cut to people in the park looking hot: a sweaty fat man, hot girl in bikini lying in grass. 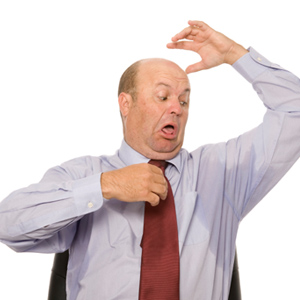 This silly-looking man is ridiculously sweaty. 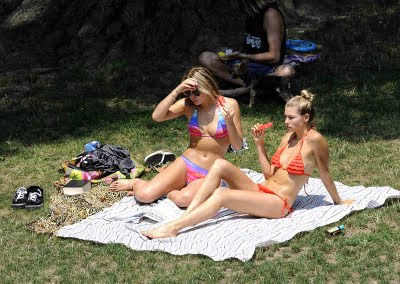 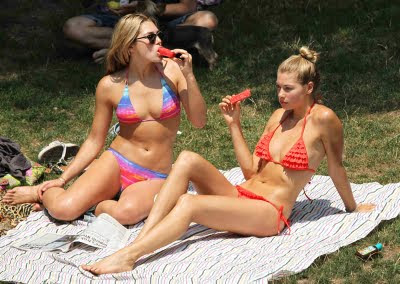 Trying to increase readership.
Story at ABC News: http://abclocal.go.com/wabc/story?section=news/local/new_york&id=8276635
Posted by Jeff at 10:02 AM