THE TOP 10 DISGUISES & WHEN TO USE THEM 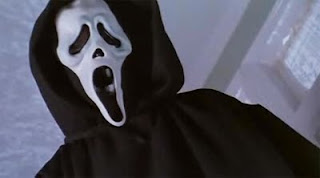 It could be Ghostface calling, or it could be someone important like... 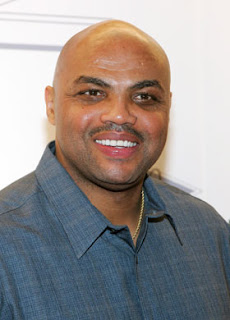 Charles Barkley!
A scary mask is good for putting people on edge and making them fear you.  It's also an excellent disguise for a robbery, as seen in The Town. 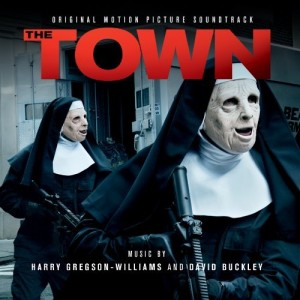 9. THE COPYCAT
What to do: Dress up like your enemy!
Good for: Blending in
If you can't beat 'um, join 'um.  Well, don't join them; just disguise yourself so that you look like them enough that you can get away.  In Star Wars, Luke and Co. dress up as Storm Troopers.  In The Wizard of Oz, the Scarecrow, Tin Man, and Lion disguise themselves as the Wicked Witch's cronies.  Sometimes, when you can't win in a head on assault, you've got to become your enemy, then sneak away. 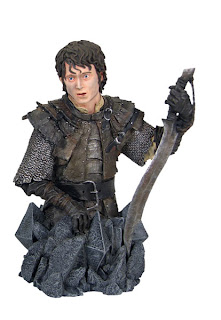 In LOTR, Frodo disguises himself as an orc.  If you own this statue of Orc Frodo, you are a nerd.  I google searched for "Orc Frodo," so I am probably a nerd too.

8. THE TROJAN HORSE
What to do: Build a large wooden horse.
Good for: Winning a war, gaining entry to the city of Troy
This isn't a disguise for just one person… it's a disguise for thirty people!  Largely impractical, there is no feasible reason you would ever need to disguise yourself as a massive horse.  If you do want to, then you are dumb. 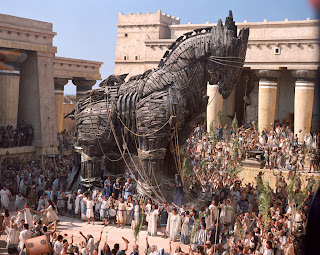 Who'd want a big wooden horse as a gift?
7. THE BAG ON HEAD
What to do: Get a paper bag, draw a face on it, and put it on your head.
Good for: Embarrassed people
The paper bag on the head is the perfect disguise for embarrassed sports fans.  Wearing one to a game is a fan's way of saying, "You guys suck so bad that I won't even show my face at your stadium."  Fans of certain teams, like the Buffalo Bills & Carolina Panthers, should already be getting their paper bags ready for the upcoming football season. 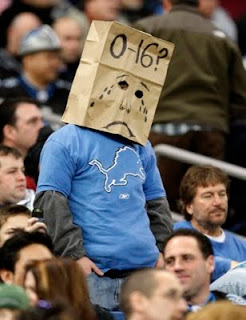 The Lions had a special relationship with the paper bag in 2008. Good News: It's Christmas.  Bad News: You're a Nets fan.
6. THE PELHAM 123
What to do: Put on a fake mustache, wide-rimmed glasses, and a coat.
Good for: Robberies, hijacking subway trains
Named after the 1974 film, The Taking of Pelham 123 (and not the Denzel Washington remake), the "Pelham 123" is the disguise worn by the four hijackers in the movie.  While a fake mustache, thick glasses, and a long coat don't sound like much, when the men change out of their disguises later on, they look completely different.  The Pelham 123 is a good alternative to the scary mask for those who want to be more subtle. 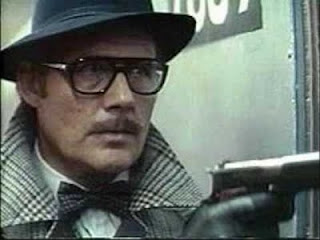 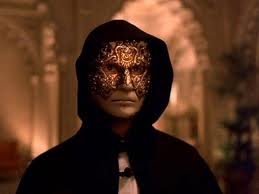 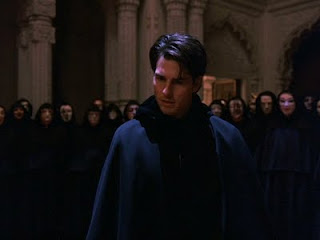 Oh, snap!  He's caught!
4. THE LIAR
What to do: Be bold and clever, and change your style.
Good for: Conning people
The Liar doesn't wear a mask, he becomes his disguise, morphing his personality and style into someone new.  This disguise requires a great deal of confidence.
In some cases, one who uses this disguise will do so to exact revenge on others, like Edmond Dantes when he creates (and becomes) the Count of Monte Cristo.  Other times, one may actually steal the identity of someone else and become that person (see: The Talented Mr. Ripley). 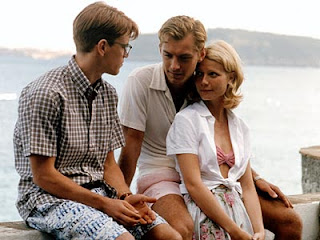 No, Jude Law, don't become friends with creepy Matt Damon!
3. THE HAIR CHANGE
What to do: Get some hair dye, grow some facial hair, or buy a wig.
Good for: People on the run, those committing criminal acts
Similar to, but more general than The Pelham 123, The Hair Change involves simply changing one's hairstyle, or making other minor alterations to one's face (such as adding glasses).  This is common in many films and in real life.
In Mesrine: Criminal Instinct, our lead character alters his look several times simply by changing his hairstyle.  In the film Stander, a police officer robs banks wearing only simple wigs and is incredibly successful.  No one even recognizes him when he goes back to investigate the robberies he's just committed.  Both films are based on true stories (and are worth watching). 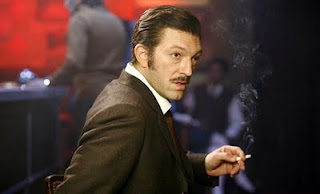 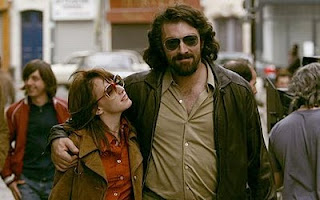 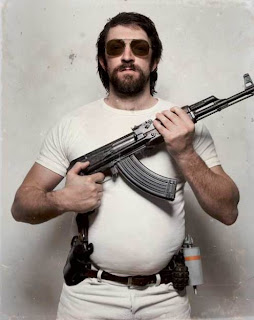 Mesrine.
For women, the hair change often involves shortening one's hair, or simply changing one's hair color, as seen in the movie Salt.  This will fool everyone.
2. THE CAPED CRUSADER
What to do: Create a cool costume.
Good for: Those who want to fight evildoers
So you want to be a superhero?  Good for you.  Now, you're going to need a disguise, because if the police learn your identity, they will arrest you.  Why, you ask.  Because you can't become a vigilante and just take the law into your own hands!  Sorry to shout at you, sometimes I get myself all worked up.  It's good that you want to become a hero.  I am sure you will do a great job.
When it comes to designing a costume, steer towards colors like black and dark blue, like Batman.  These colors will make you stealthier and much harder to spot when you're sneaking around in the dark.  Try not to use too many bright reds or blues (like Spider-Man or Superman), or your adversaries will see you coming from a mile away. 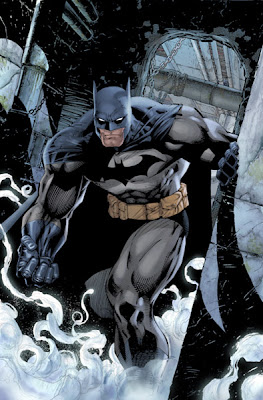 You are not cool enough to be Batman.
1. THE EDDIE MURPHY
What to do: Dress up as a woman.
Good for: Going into hiding, going undercover
It's odd that this award is named after Eddie Murphy since none of the ridiculous characters he portrayed (Norbit, The Nutty Professor films), were characters in disguise.  It was simply how the characters looked.  (I just realized this.)
It would be more apt to call this category "The Mrs. Doubtfire", or "The Tootsie", since in those films, male characters disguised themselves as women to benefit themselves. 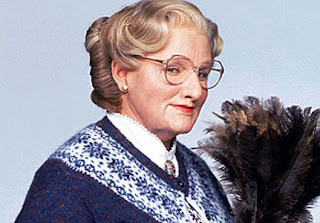 I like when he lights his fake breasts on fire and has to squelch the flames by hitting himself with pans.
Male cops sometimes have to go undercover and the only way their plan will work is if they are disguised as women (Big Mama's House, White Chicks).  These types of situations happen in real life all the time.  Just ask the FBI. 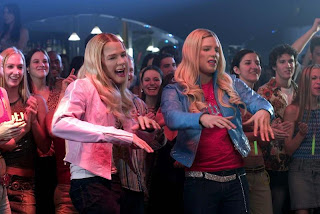 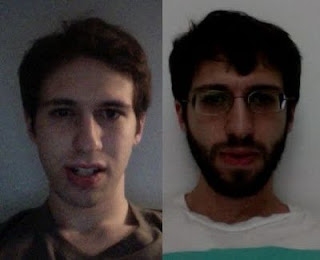 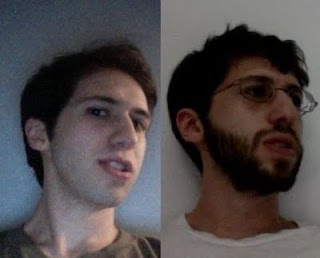 Wow!  That is a fantastic disguise!  I cannot even recognize myself!  What's odd is that I don't really look like either of these photos since my facial hair is usually somewhere in between.
Take a look at a few more different Jeffreys: 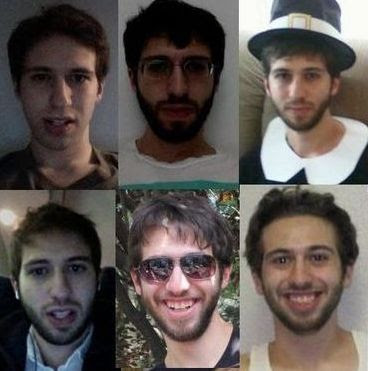