I'm posting my resume below in case any of you want to hire me.  I will work for food.
Don't worry, that is just my finger.

I wanted to clarify that I, Jeffrey The Great!!, am in no way connected with Jeffrey the Great "Southern California's newest comedy magician."
Read more »
Posted by Jeff at 3:02 AM

It's time to get exited... because I'm starting a blog!!

Having a website through GoDaddy.com is starting to cost me too much money since I am poor.  (Don't worry though, many people start out poor and go on to do great things, like Oliver Twist, Pip from Great Expectations, and Tyler Perry.) So I'm closing down my website and starting a blog.  Jennifer says people like reading blogs and I trust her even though she is small and a girl.

Anyways, I'm basically going to post whatever I want here: top ten lists, movie reviews, random musings that I have.  Earlier today I posted three articles from my old website just so you could have something to read here already. 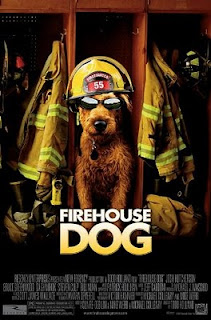 Sometimes when there is nothing to watch on TV, I’ll see what movies Direct TV is offering for free.  They’re usually complete crap and Firehouse Dog was no exception.  I only half-watched the movie, (it was on in the background) but there was one fantastic moment of cinematic genius that needs to be described here.
We’re in the firehouse and a firefighter is making his fantastic chili in the kitchen for his fellow firefighters.  He leaves the kitchen to get his friends and we see the dog enter the room.  Is the dog going to eat the chili (because that would be hilarious of course)?  Nope.  The firefighters return to the room to find the dog on the table squatting over the chili taking a shit in it.  As viewers, we actually get the treat of seeing a shit drop from the dog’s anus and plop into the chili.  It is nice to see that Firehouse Dog has taken the idea of a dog ruining dinner by eating the food and pushed it to another level by having a dog shit on the food.
I didn’t watch the last half of the movie and I don’t remember much about the half or so of the film I did see (except for the memorable dog shitting in chili scene), but I’m sure it is amazing.  You should definitely Netflix this one.
Posted by Jeff at 7:26 PM

Email ThisBlogThis!Share to TwitterShare to FacebookShare to Pinterest
Labels: Movies 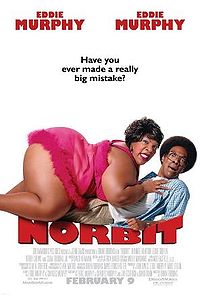 You shouldn't judge a book by its cover-- or, in this case, a movie titled Norbit by its ridiculous DVD case in which a giant fat, female Eddie Murphy crushes a scrawny, dorky Eddie Murphy.  Once again, Eddie Murphy has put on display his comedic genius.

Is Norbit the best movie ever?  Probably not.  I can think of a handful of movies off the top of my head that are probably better (ET, Fight Club, Crash, Scream 2).  Still, this is one definitely worth owning especially if you own a BlueRay player so you can really appreciate the artistry of the film.
While you watch the film, here’s a fun game you can play:
Every time something absolutely ridiculous/racist/generally offensive happens take a shot of your favorite alcoholic beverage.  If you really play this game you will not survive through the opening credit sequence-- Eddie Murphy voice over in which he talks like he’s mentally retarded (shot), baby thrown out of car, almost eaten by wolves (shot), Eddie Murphy as Mr. Chu (racist Asian stereotype who owns noodle house/orphanage) finds baby Norbit and says, “Ugly black one.  Can’t give these away” (shot), Mr. Chu throws harpoons at children (shot), Mr. Chu tells young Norbit to play with duck head (shot), and (best of all) young Norbit, after telling us that he and his love interest do everything together, holds hands with her while they both take a shit in the toilet (shot).  And these are just the shot-worthy parts of the credit sequence that I can remember off the top of my head.  I’m sure there are many more, but I am not going to watch Norbit now, when I don’t plan on doing any drinking, to find them.
Posted by Jeff at 6:29 PM

Email ThisBlogThis!Share to TwitterShare to FacebookShare to Pinterest
Labels: Movies


THIS LIST IS CLEARLY LONG OVERDO.  I AM SURE THAT FOR THE PAST FEW MONTHS YOU HAVE BEEN ASKING YOURSELF ‘WHAT ARE THE TOP 10 COLORS OF 2010?’  IF YOU HAVE NOT BEEN ASKING YOURSELF THIS YOU ARE PROBABLY RETARDED.
AS YOU’LL SEE, EARTH TONES, LIKE GREEN AND BROWN, ARE IN THIS YEAR.  SHADES OF PURPLE ARE ALSO BIG IN 2010.

Really just an excuse to show the picture of this bird.  I like him.  He looks quizzical.

For the first time in eight years, orange has made the Top 10 Colors list. Congrats to you, Orange. Finally, the public has realized that even though pumpkin orange and basketball orange may be revolting, orange orange (pictured above), isn’t all that bad.

With Rex Ryan and Mark Sanchez now sporting Jets Green on the New York Jets, this color is now great for everyone!  Even obese people and Hispanics. 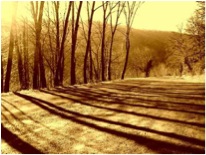 I know what you’re thinking, ‘That’s not a color, that is trees!’ Well, not only is your grammar bad, but the photo here is a sepia tint.  Pictures that look like this are cool. 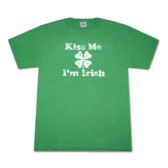 Irish people rejoice—Shamrock Green makes the list at #5.  You should probably only wear the shirt above if you’re a hot girl, though.  If you’re a guy it will just make you look like a douchebag. 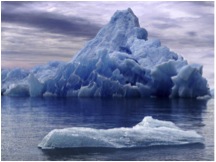 Icebergs haven’t been too popular since the sinking of the Titanic, but they’re finally making a comeback (it’s long overdue).

While bark might not seem all that exciting, bark brown sure is! Here, we are getting very earthy since trees are part of the environment.  With all of the new emphasis on global warming it’s easy to see why this color would be popular. 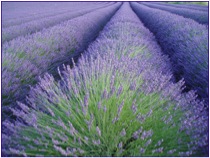 Lavender is a very inviting color.  If you wear a lavender shirt on you will have an easy time attracting members of the opposite sex. It is also a pretty flower.

For the second time in the past three years a shade of green has claimed the top spot.  Army greens a unique color in that it’s patriotic (since obviously it’s the color wore by those in the military), but not boring like plain old blue, red, or white (not even a color).
Posted by Jeff at 3:13 PM