Movie Trailer Reviews! What should you get ready to see?!

What are your plans for this weekend?  Do you want to do something fun with me?  Bungee jumping?  Checkers in Washington Square Park?  You can be a guest star on my Youtube show, Dog Detectives.  What?  You're busy?  That's too bad.  It looks like I'll just have to go to the movies instead.
Like hundreds of Americans (maybe even more), I've been known to fork over $13 to see a movie.  (Actually, I am incredibly picky when it comes to seeing a movie in theaters.  Movie theaters are dirty, the popcorn costs too much money, people talk too much during the film, or they text and the glow of their phones annoys me, the floor is sticky, the seats aren't comfortable, and I cannot get up if I want to go to the bathroom or get another snack.  I will only go to the theater if I really, really, really want to see a particular movie.)
Each week, many people (not only Americans; I just realized I am ostracizing my readers in other countries-- three readers so far this week from Algeria!) think to themselves: What movie should I see?  There are so many trailers on TV and all of the colors, fast dialogue, and quick changes in locales are confusing to me.  Well, you are not alone, average person, and I am here to help you.  I've watched many trailers for major films coming out over the next few months.   Hopefully, these trailer reviews will help you come to a conclusion as to what you should go see.
August 19th (This Friday!)
Fright Night
I'm not a big fan of the original Fright Night (that's right, here's another remake).  I'm mixed about this trailer.  The first half of it is intriguing-- we meet out protagonist who knows something strange is going on with his new neighbor.  The second half of the trailer, not so much.  We've got Colin Farrell being sinister, an explosion, and buying weapons.  Farrell says, "Do you smell that?  It's your fear"-- there's some stellar writing. 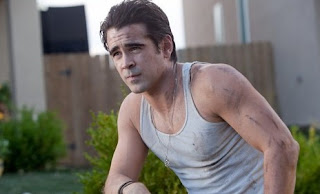 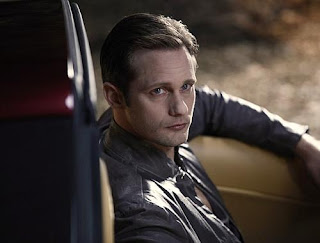 ...is no match for True Blood's Eric Northman!
I also have a rule that I will not see movies in theaters with McLovin in them (Christopher Mintz-Plasse) since he's so annoying. 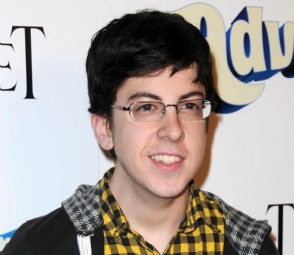 He can only play one character!
Verdict: 5/10

Conan the Barbarian
Conan is one bad mutha.  He kills monsters and people and tries to look tough.  He also spews awful dialogue.  Jason Momoa, who plays Conan, has the acting skills of a tree, but he's incredibly muscular and that seems to be all this film requires of him.  This trailer reminded me of Prince of Persia: Sands of Time, one of the worst movies I've seen in recent years.  This is not a remake, or in any way connected to the Conan film from the 80s.  In fact, I think it's time for... 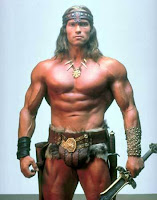 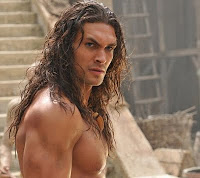 
Spy Kids: All the Time in the World in 4D
You couldn't pay me to see this movie.  (Actually, you probably could pay me, but it would have to be at least $20.)  The trailer is two minutes long and I really wanted to turn it off after the first fifty seconds.


I can't imagine having to watch this in 3D-- wait I mean 4D!  There is a special 4th dimension for this movie-- you get a piece of paper that you smell at certain points in the movie.  It's great because when someone's 3D vomit flies out of the screen at you, you can also smell it on your piece of paper.  I'm not someone who just hates kids movies, but you can make a movie for children that's well-done.  Spy Kids 4D looks like a cheap turd. 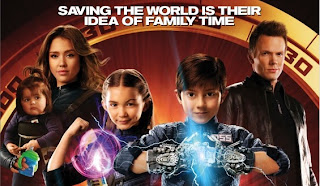 
August 26th
Don't Be Afraid of the Dark
Usually, it's hard to tell if movies with creepy houses and ghostly whispers will be good, but this is Guillermo del Toro.  Pan's Labyrinth, The Devil's Backbone, The Orphanage-- if anyone knows how to make a great movie with a child protagonist it's him (if you haven't seen any of the movies I just listed, go see them now).  From the trailer, Don't Be Afraid of the Dark doesn't look as complex, or deep, as any of those movies, but I have to give del Toro the benefit of the doubt.  At the very least, it does look scary. 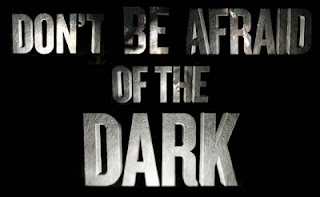 
Colombiana
A fast-paced thriller, this film looks like a female version of director Olivier Megaton's last film, Transporter 3.  Not a lot of plot here-- she's an assassin out for revenge and...well, that's pretty much it.  Mindless action-packed entertainment.  It's pretty clear exactly what you're going to get if you go see this one. 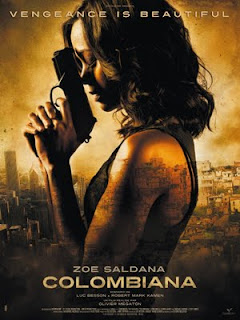 You are getting a film that isn't very good, but is entertaining.
Verdict: 5/10 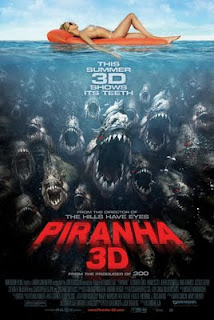 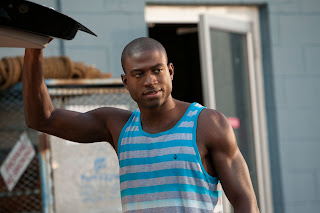 I bet the sharks get this guy first.
Verdict: 6/10


Apollo 18
I don't mind first person, let's pretend this is real, movies.  The Blair Witch Project, Cloverfield (which I was shocked to find out is actually pretty good), and the Spanish horror film [Rec], are examples of how these movies can be well-done, exciting, and scary.
The trailer for Apollo 18 begins with the text: "The Following Is The Recovered Footage From Apollo 18."  I sighed, and almost groaned allowed, "No, it's not."  Some will say this trailer looks good; I say it looks like a wannabe.  Basically, something scary is on the moon.  The trailer shows you the entire film (often the case nowadays) and it looks like a story you could come up with in thirty minutes.  If I said, give me a horror pic set on the moon that uses hand held cameras and is loaded with cliches-- I'd expect you to give me Apollo 18. 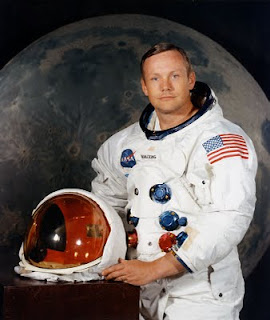 
Contagion
A deadly, highly contagious virus, is spreading throughout the world.  The trailer gives away way too much, but I won't give away much here.  This one could go either way.  I have hope it'll be good, but when it comes to rapidly spreading deadly virus stories, I can't help but compare to Stephen King's The Stand (the book, not the mini-series) and Contagion doesn't look as creative as that. 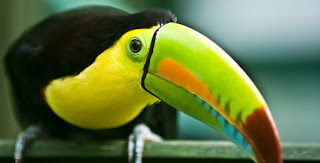 
Warrior
It's nice that they're remaking The Fighter.  What's that?  This isn't a remake, just another film about a small-town guy facing adversity and going against the odds to win a big fight?  (Collective sigh.)  Actually, this movie looks way worse than The Fighter. 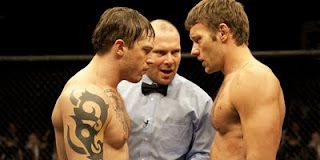 These guys are brothers.  How original.  How great.
Verdict: 3/10


October 7th
The Ides of March
A film about a young politician and dirty politics directed by George Clooney.  This one looks like it's quality.  The Ides of March also has an all-star cast, with Philip Seymour Hoffman and Paul Giamatti looking particularly good in this trailer. 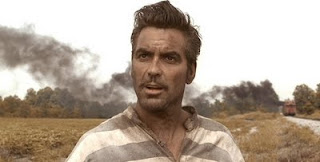 
July 20th
The Dark Knight Rises
I can jump forward to next summer if I want to!  This is what you want in a trailer!  It's mostly made up of clips from the first film (to remind you how cool the first two movies are).  Add in a few clips with Commissioner Gordon voice-over, a quick shot on Bane, and a two second clip of Batman raising his hands to fight, and you've got an enticing trailer that doesn't really give anything about the movie away. 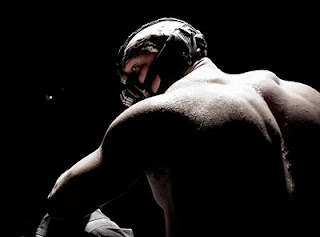 Verdict: 9/10
There you have it!  Mark your calendars.  If you are wondering why I chose to review these eleven trailers out of so many others, well, it is because I star in some of these movies. 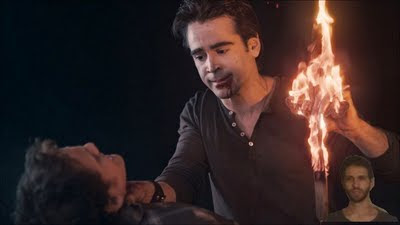 I am under a vampire's mind-control gaze. 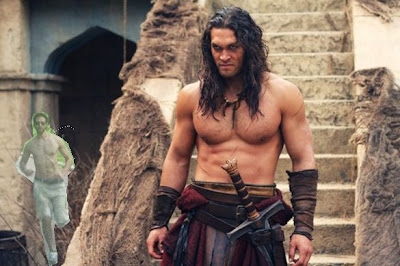 Taking a jog while Conan gives an evil stare.  No one wears a shirt in this movie. 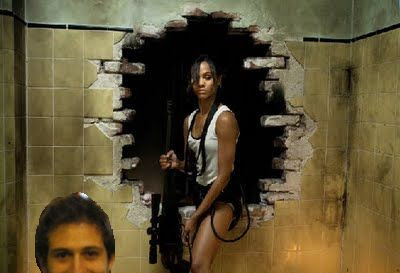 Here I am peeking into the frame in Colombiana. 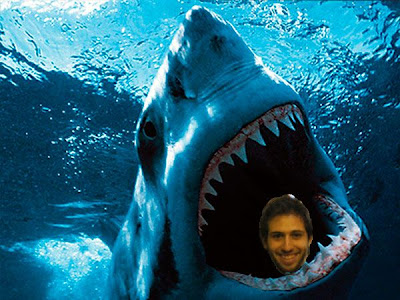 I don't make it out of Act I in the shark movie.

As for the films that I don't star in, well, I just felt like watching those trailers.

*On another note, if you're looking for something fun to do that'll waste lots of time, I recommend Flickchart.  It allows you to rank movies head to head and come up with a full list ranking all the movies you've ever seen.  If you want to see my favorite movies, friend me!  My user name is jeffsomething22.  You'll know it's me because I have a Taylor Swift icon.