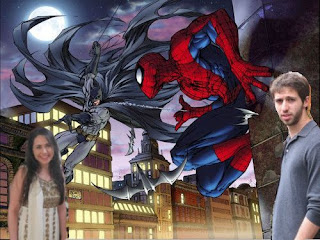 BATMAN is 6'2 and 210 pounds. He is a master of all forms of martial arts.  He is a fantastic detective and one of the greatest minds in the DC Universe.  The Dark Knight has beaten countless tough foes, like the Joker and Two-Face.  He's even had to taken down Superman and the rest of the Justice League!

But can Batman beat SPIDER-MAN, the more fun-loving hero from the Marvel Universe?  Who's stronger?  Who's, in general, all-around, better?  And which movie looks better, The Dark Knight Rises, or The Amazing Spider-Man?  Jeffrey & Jennifer debate!!!  Who's better, BATMAN, or SPIDER-MAN?!