Last night, while flipping channels, I stumbled across Extreme Couponers on TLC.  It was quite extreme.  The show focuses on crazy people who spend all of their time gathering coupons (sometimes by sifting through other people's recycling).  Then, they come up with an intricate game plan for how they're going to move through the grocery store and exactly what they'll buy before heading out, making their purchases, and spending little (or no) money while getting hundreds of dollars worth of groceries.
Many of the "extreme couponers" seem to be collecting the groceries the same way a nerd would collect Star Wars memoribilia.  They store them in their garages which look like mini-stores loaded with products they'll never sell.  There's also no possible way they can eat 95% of what they buy.  One woman has a stockpile of $15,000 worth of groceries.  "How many (boxes of) rice should we get?" one couponer asks her daughter.  "Four," responds the little girl.  The crazy woman scoffs.  "How about 320." 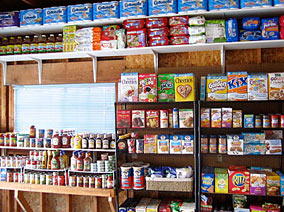 Extreme couponers have enough food saved up to survive nuclear winter.
So, how do they do it?
The show gives us this example:
Yogurt is $0.69.
The woman has coupons for $0.35 off.
She has some sort of store membership that doubles her coupons (some grocery stores seem to do this).  Now, she's getting all $0.69 off.
So the yogurt for free.  She takes 540 cups. 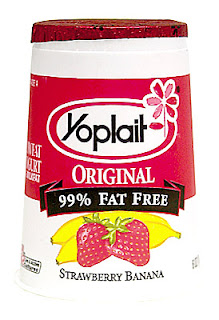 This many yogurts multiplied by 540.
You have to give some of these people credit.  Many (but not all) of them do donate some of the food they're getting.  But, you can imagine the poor guy who comes to the store with a single coupon and finds that the store's been bought out of canned soup by a crazy person. 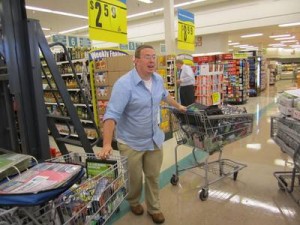 This couponer was very popular in high school.
The second woman profiled on the show gets 134 boxes of cous cous.  She admits she's never tried them before, but, hey, she might like it.  She also gets 600 packs of candy and 93 bottles of hot sauce.  She's not one of the couponers who donates anything.  Overall, the woman gets $2,123.56 worth of food and the store gives her a gift card for $57.51, since with all her coupons, they owe her money.  The irony is that this is the last person in the world who needs a gift card for food. 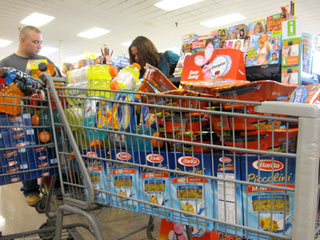 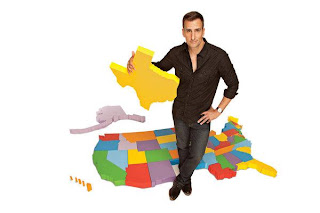 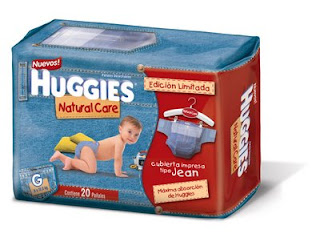 This baby has more style than your baby.
Every pack purchased helps diaper a baby in need, but the Huggies website doesn't specify donating the diapers to any specific organization, or explain how they're giving them out.  The "baby in need" is probably your baby since without a diaper you'd find yourself in a messy situation.  This is assuming you have a baby, which you most likely do.  Lots of new mothers are fans of Jeffrey The Great. 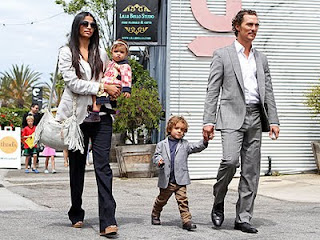 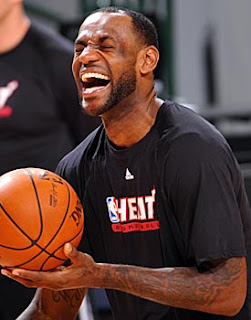 Luckily, tonight, I won't have to struggle to find something on.  I'll be watching this slacker not try hard and lose to the Mavs.
Posted by Jeff at 4:19 PM