no fun at BYU

Brandon Davies was kicked off the BYU basketball team for violating the BYU honor code (pretty much eliminating any chance BYU had for going far in the tournament).  His violation: Having sex with his girlfriend. 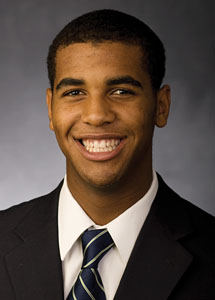 Jesus doesn't approve of this guy
I decided to take a look the honor code statement on the school's website, to find out other reasons I decided not to go to BYU.

My favorite part of the code, besides the part which forbids drinking tea and coffee (personally, I think Jesus would've been a tea drinker), is that beards aren't permitted.  You can, however, "obtain a beard exception" if you get a doctor's note saying you need the beard for medical reasons (not a joke).  If you don't want to go through the trouble of getting a note, a moustache is allowed as long as it's neatly trimmed and doesn't "extend beyond or below the corners of the mouth" (BYU doesn't want you to have a beard, but they don't care if you look like a child molester).

Pretty much, BYU is the opposite of Tisch, where sex, drinking coffee and/or tea, and having a beard, is basically a requirement.
Posted by Jeff at 2:37 AM