Jeffrey's Top 10 Inventions (That Need to be Made) 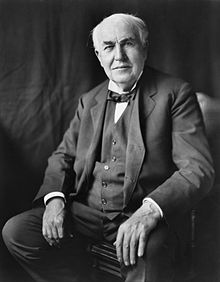 Thomas Edison was such a good inventor that they named a town in New Jersey after him.

Here is a list of some of the greatest inventions in history:


Just kidding with that last one!  We didn’t invent time—it existed even before people did!  Someone did invent the clock though.

Many inventions are good, but some end up being bad.  With new technology comes more complex inventions and a possible robot revolt.  If you have ever watched Battlestar Galactica, you know that Cylons look and act like real people, but they really want to kill us.

Here’s a list of my Top 10 Inventions.  Since I have not actually created these products and do not own any patents for them, you can steal these ideas.  Actually, most of these things probably already exist and I just don’t know it.

10. Extra Arms
I got this idea from Spider-Man’s nemesis, Dr. Octopus.  Dr. Octopus has several metallic arms fused to his midsection.  It isn’t logical for people who aren’t crazy to fuse metal arms onto themselves, so my invention is a special belt that has two extra arms attached to it.  You are able to control the arms with a remote control.  Since you will have to operate the control with one of your real hands you are actually only getting one extra hand.  But, as they (will) say, three hands are better than two. 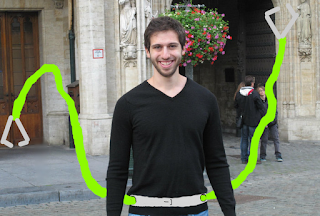 The arms are a nice shade of lime green.

9. Brain Computer Chip
Technology seems to be getting smaller and smaller and better and better.  First you need a big clunky desktop computer.  Then all you need is a laptop.  All of a sudden you can go on the Internet and be connected to the whole world with just your phone.  Well, I have invented the brain computer chip, which is the next step in this evolution of world connectedness through the Internet.  The brain chip is small and you drill it into your brain through your ear.  With the chip in your brain you can access the entire Internet in your mind—you don’t need any sort of device at all!  If you want to disconnect all you need to do is blink your eyes quickly ten times. 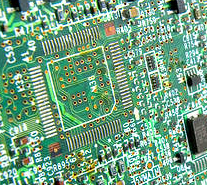 This will be drilled into your brain.

8. Weather Control Machine
Many people have thought up some version of this machine, but I have really worked it all.  You are probably thinking, ‘How can everyone buy a weather machine?  What if people had conflicting weather that they wanted?  For example, Person X wants to play in the rain with his pet ducklings, but Person B wants a nice sunny day to play baseball.’  Thank you for that example, theoretical person.  To solve this problem, my weather machines only control a certain portion of the atmosphere directly around the user.  Better machines control a larger area and cost more money.  See, problem solved. 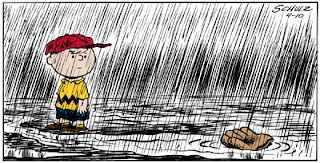 7. Cigarette Stickers
Soon the FDA will be requiring cigarette companies to put disgusting-looking warning labels on their packs.  No one wants to carry his or her cigarettes in a pack featuring a premature baby or a man having a stroke. 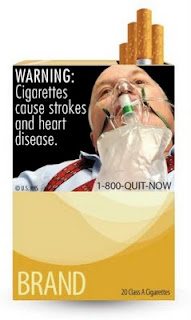 I can't wait to get to see these pictures everywhere.

Since the FDA's pictures are awful, I’ve invented cigarette stickers.  These stickers are the perfect size to fit directly over the unappealing image the FDA’s putting on the packs. 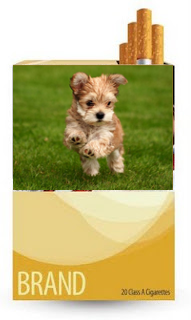 6. Hovercar
There is probably some rich guy on an island that he owns flying around on a hovercar.  He probably has no problems and has ten hot model wives and eight monkeys who entertain him with magic.  Unfortunately, us normal people don’t have a hovercar.  So, my invention is an affordable hovercar that the everyman can buy.  In movies from the 1980s, when they show the future (which would be now), these types of flying cars are everywhere.  I want to make the present how people thought the present would be in the 80s.  That is my goal. 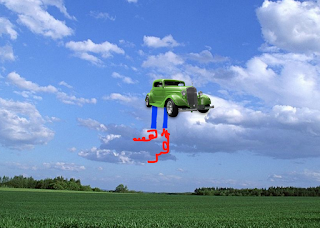 Whoa!  Look at those hover-boosters helping that hovercar soar through the air.

5. Glow in the Dark Boots
Things that glow in the dark have always been cool and useful.  My glow in the dark boots, or Glow Glow Boots as they’re called, will make sure that you shine even when darkness has consumed everything around you.  (Well that sounds morbid.)  Remember that movie, Pitch Black, with Vin Diesel?  (Of course you do.)  The giant bug creatures in the movie come out in the dark and kill people.  Vin Diesel and the other survivors of the spaceship crash never would’ve had any problems if they had my Glow Glow Boots. 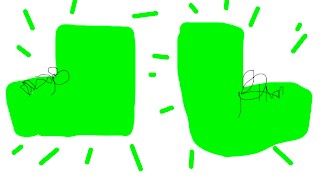 4. Invisibility Hat
I got this idea after reading the part in the Harry Potter series when Harry and Ron sneak around Hogwarts late at night under Harry’s invisibility cloak.  The invisibility hat is like Harry’s invisibility cloak except there is one major difference.  It is a hat, not a cloak.  I chose to create a hat instead since I think people are just more likely to buy a hat.  Only gothic people wear cloaks, but most people will wear a hat from time to time.  The hats themselves are also invisible, but I promise that they are real.  Otherwise we would have a ‘The Emperor’s New Clothes’ situation. 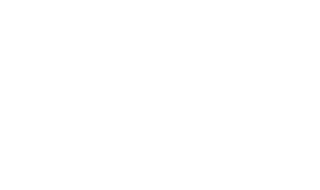 3. Lost Item Finder
The Lost Item Finder, or LIF for short, is a robot that can seek out anything that you lose.  Today, my girlfriend forgot her suitcase in the trunk of a taxi since she is careless.  She will now have to make tons of phone calls to try to get it back, but in the end, she will probably fail.  This is very sad because she had clothes in the suitcase and also a present for me from Washington, DC.  If she had LIF, all she’d need to do would be to press a button to turn the robot on and then say, “LIF, please find my suitcase.”  Then LIF would go, “Beep, beep!” and race off to find the bag. 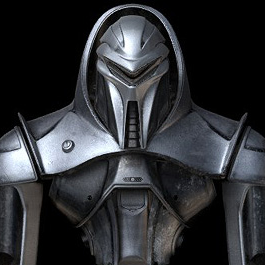 2. Transforming Shirt
Imagine if you only had one shirt and it could transform into all different types of shirts.  You start out with a basic white short-sleeved shirt, but then you push a button and it transforms into a long-sleeved shirt.  Press another button—BOOM! —It’s a tank top.  BOOM!  Now it’s a sweatshirt!  BOOM!  A heavy coat!  BOOM!  A raincoat!  Who knew that one article of clothing could satisfy so many of your clothing needs?  I did.  The Transforming Shirt will be sold at high-end clothing stores for $425. 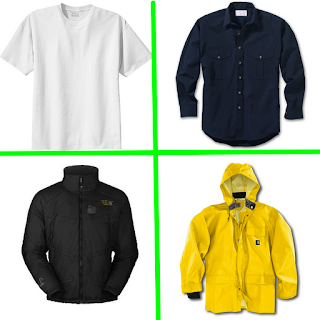 Look at these fantastic options!  I won't know what to transform into next!

1. Waterproof Laptop
There have been so many times when I wished I had a waterproof laptop.  With a waterproof laptop, you could go on your computer in the bath or hot tub and it would not be destroyed.  Who doesn’t want to go in a Jacuzzi and look at people’s Facebook pages and type a e-mail at the same time?  If I had a Jacuzzi that is what I’d definitely want to do.  You can also take the laptop in the pool with you on a humid summer day.  There will be a flotation device that comes out of the bottom of the computer so the invention can stay afloat. 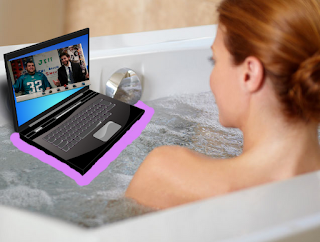 She is very careful not to get her hair wet.


So there you have it, my Top 10 inventions.  I wish Thomas Edison would come back from the dead and help me build all of them.  He would have to come back as his normal self and not as a zombie.  I guess we'll see what happens.
Posted by Jeff at 2:09 AM