And they wonder why they can't sell all the tickets. 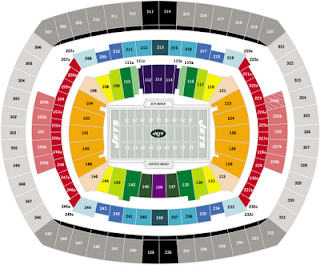 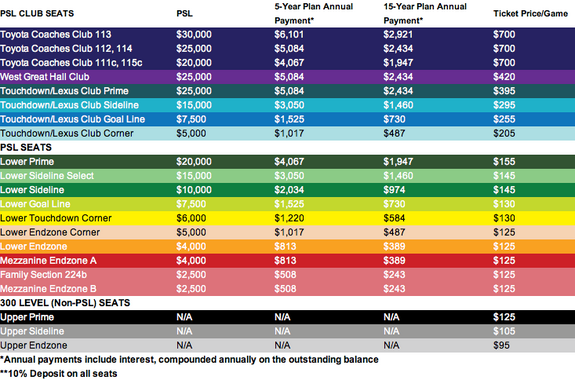 I like this rainbow-colored chart.
Football means a lot to many Americans (and even one or two people who don't live in America).  It's what we look forward to every weekend.  We love to root for our favorite players or our favorite team (and often our favorite players play on our favorite team).
It sometimes seems like owners, on the other hand, only care about making $$$.  That's why New Meadowlands Stadium is now MetLife Stadium and the Touchdown Club seating section is now the Lexus Club.  It's not a game to the big guys.  It's a product they're selling us, and going to a football game is just them selling an experience.  And that's fine.  As long as they're making the experience worth it to fans.
The New York Jets are doing their part.  Finally, we've got a good, fun team to root for.  They've given us two great home games this year against the Cowboys and Jaguars.  As for the stadium experience itself, though, it could be better.  Of course, I've got some suggestions.  (Woody Johnson, I know you are reading this, so pay attention.) 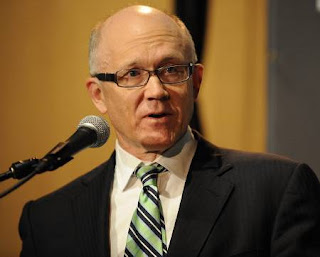 He reads this blog.
*Stop Taking Our Bottle Caps!
A bottle of water at a Jets game costs $4… four dollars without the cap that is.  Whenever you buy a bottle of water, or Gatorade, or whatever beverage suits your fancy, they remove the cap before giving it to you.  If you bring a bottle of water with you to the game (so that you don't have to waste four dollars), they make you take the bottle cap off before entering.  This is such a little issue, but it is so very annoying.  There must have a been a sporting event somewhere where fans got upset and threw their bottle caps onto the field and killed someone.  (Note: I did a Google search for "bottle cap kills person" and nothing relevant came up.) 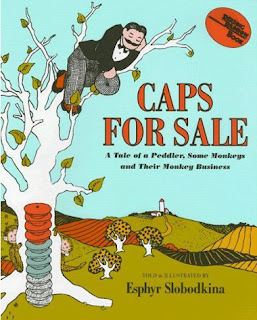 This mustached man charges 50 cents a cap.  That's pretty reasonable.
You can flick a bottle cap really fast.  I get that.  Do you know what else people can throw?  Water bottles!  Or, if you wanted, you could bring a rock and throw it!  (I am not in any way encouraging anyone to bring a rock to the game.) 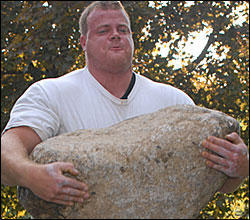 That's more dangerous than a bottle cap!
Give us back our bottle caps!  If we throw them, kick us out of the stadium; but until then, don't make us maneuver through the crowds trying not to spill our water everywhere, it's a real pain in the ass.
*Better Give-Aways/ Promotional Days
The Jets promo/event days:
Week 1 (Cowboys): Commemorate 10th Anniversary of 9/11
Week 2 (Jaguars): Hispanic Heritage
Week 6 (Dolphins): Breast Cancer Awareness, Ring of Honor
Week 7 (Chargers): Fan Appreciation Day, ALR Lupus Awareness Day
Week 10 (Patriots): Military Appreciation Day, Food Drive
Week 12 (Bills): Play 60
Week 14: (Chiefs): PSAL Championship Team, Eat Right Move More, Toy Drive
Week 16 (Giants): Coat Drive
I do not have a problem with any of these days-- I have no problem with appreciating our military or having a day when we are aware of lupus.  What I have a problem with is the lack of fun days and good giveaways.  Week 1, for example, was the anniversary of 9/11.  Jets fans were given small American flags.  Totally fine.  But Week 1 was also the first Jets game of the season.  Shouldn't the fans be given something else, too?  Something that acknowledges they went to the start of the the Jets 2011 season.  That would be nice.


Some of the fun events at the Jets vs. Jaguars game:

I hope fans don't go from the Bud Light Corner and the Beer Garden to the Chase Freedom Zone football obstacle course!
Week 7 is Fan Appreciation Day…we'll probably get a keychain.  (Oh wait, I already got a free keychain one time-- they did give me that… and a pocket schedule.) 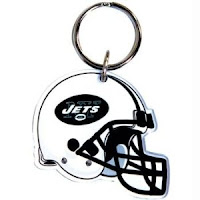 You put keys on it.
Food drive?  Coat drive?  Okay, that's fine.  We can have those things, but how about something else too?  Get creative.  I propose Rex Ryan Day.  People will love it.  Before the game, Rex Ryan makes a five minute motivational speech to the crowd, pumping everyone up for the game.  It would take virtually no time and people would love it.  You'd get people dressing up like Rex Ryan for the game and everything.  There should also be discounted food on Rex Ryan Day. 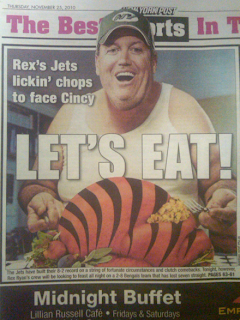 The best sports in town.
Play 60 (Week 12) "brings together the NFL's long-standing commitment to health and fitness with an impressive roster of partner organizations," according to the New York Jets Community Website.  On the Jets' Play 60 page, we're informed that (current Buffalo Bill) Brad Smith is one of the team's spokespeople for Play 60.  At least they're really into the program and keep it up to date!  I am also curious what the difference is between Play 60 and Eat More Move Right (Week 14). 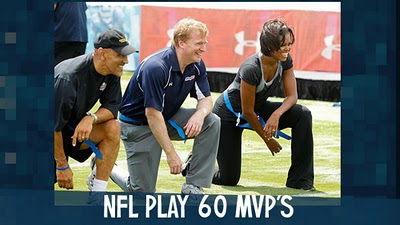 Rex Ryan is going to have to work hard to be a Play 60 MVP.

Here is what I would add to the current schedule: 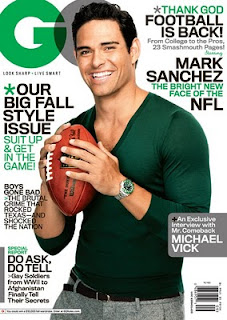 Aaron Rodgers is just jealous.
Rex Ryan Day (described above)
Beat the Patriots Day- Free shirts with a cartoon Jet flying after a cartoon Patriot OR shirts with images of Tom Brady being sacked on them.
Free Football Day- If the NFL is so into health and fitness, give fans free NY Jets footballs so that they can run around and throw them and get in shape.
Defense Day- Giveaways of merchandise related to the defense.  Free T-shirts that say Jets D on one side and on the other side have the name and number of a Jets' defender (they can be just cheap green shirts with white text-- it'd still be cool if the whole crowd is wearing them). 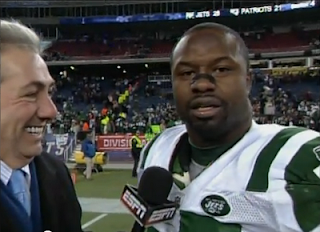 "Can't wait" for Defense Day.
Battle for the City- The Jets play the Giants this year-- capitalize on it!  Sure, you can have a coat drive, but how about switching up the look of the stadium so that green and blue are at war with one another.  Banners reading "This is our city now" need to be hung up, etc.
*Build A Roof Already!
Football in the elements is great… if you're watching it on TV.  It seems like every other Jets game it rains (and that's because literally, every other Jets game, it really does rain). 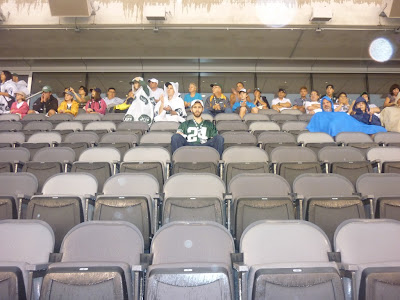 There you have it.  I hope you are reading this Woody because if you are, and if you take my advice, you will be able to better satisfy existing Jets fans, as well as expand the New York Jets fan base, by creating a more enjoyable experience at games.  Also, stop charging so much for Preseason games.
Posted by Jeff at 3:27 PM