TOP TEN THREATS TO LIFE AS WE KNOW IT

One year from now...
Some nights, when the moon is full and yellow, and when the air is cold,  you can hear the monster crying right outside your bedroom window.  It is a sad cry, or angry maybe…tortured; yes, that's the right word.  Tortured.  You go out to search for the monster, but he cannot be found.  You can feel him watching you, but still, he remains hidden.
The monster is getting closer now.  You aim your flashlight at the trees and, for a moment, you're certain that you see the outline of a large figure crouching behind a branch. 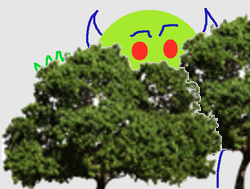 But then… the figure is gone.  The monster has disappeared into the night.  But he will return.  He will return with friends-- other monsters.  And the monsters will try to eat you, since they are hungry.  And there has been a hidden society of monsters living under the ground for centuries and they are finally ready to attack mankind.

Now, you have to run away to the beach (since the monsters are scared of the water).  Life as you knew it is over.
Wow!  That is one scary premonition I had about what's going to happen to you!  I sure hope it doesn't come true, but I am almost always right, so it probably will.
Every thousand years, something happens that drastically changes life on Earth.  For example, when the dinosaurs were killed by the meteorite, lots of things changed (mainly, there were no more dinosaurs).  Now, we're due for another big change.
Films like Contagion and Rise of Planet of the Apes give us some ideas of threats that could drastically alter the lives of humans everywhere (viruses and monkeys), but I foresee other possible threats to mankind.  For your reading pleasure, and because you should be prepared for them, here are the TOP 10 THREATS TO LIFE AS WE KNOW IT!
10. THE JERSEY DEVIL
The Jersey Devil lives in New Jersey (and that's how it got its name).  One time, I was 80% certain that I heard the Jersey Devil outside my parents' house in Central Jersey.  Also, there is a hockey team named after this legendary creature.  These two things combined are more than enough proof that this evil creature is real.  The threat will arise if the Jersey Devil population continues to grow (as it has for some time).  Then, it might become the United States Devil.  And then, the Earth Devil. 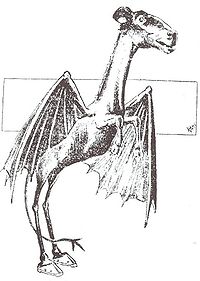 
9. WIZARDS
Good wizards, like Harry Potter and Gandalf, are not the problem.  It's the evil wizards, like Voldemort, that are worrying.  Most of us are not trained in the art of magic.  This will put us normal people at a huge disadvantage if the bad wizards ever decide that they want to take over the world. 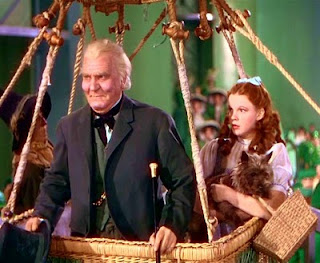 The scary man is a wizard.

8. ALIENS
Aliens have been abducting people for years, finding out the easiest ways to defeat us for their eventual takeover.  The aliens will come for the planet's minerals and they will not leave until they have completely depleted the earth.  In order to survive, we will have to build spaceships and hide on the moon until the aliens leave. 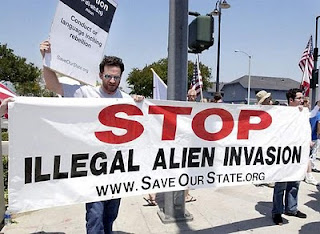 These people are scared of aliens.

7. MONSTERS
The monsters that live beneath the earth and are going to one day rise up (that I wrote about earlier) are #7.  The good thing about these monsters is that they are scared of the water because they are so big that they can't swim.  We will all be safe if we go live on an island. 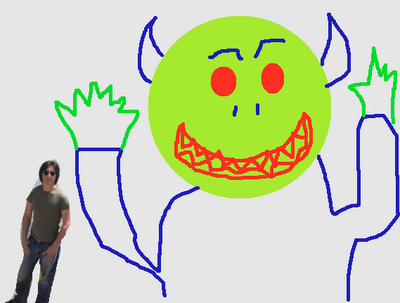 The monster is going to eat D'Amico!

6. FACEBOOK
What do we really know about Mark Zuckerberg?  We know that he is weird and wears slippers.  What if there is more to him?  What if one day he hits a button and anyone who goes on Facebook will be mind controlled by him?  This is possible.  He could make us his mindless drones and become the evil king of the earth.  Wait a minute... 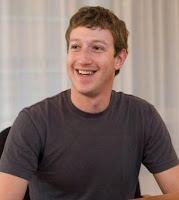 5. DINOSAURS
We thought the dinosaurs were dead…but we were wrong.  What if the meteorite killed the dinosaurs' bodies, but their DNA survived?  Then, one day the DNA will all come together and combine with cells and dinosaurs will exist again.  (Note: I am not a scientist, so I am not positive this is how it will all work, but it will be something like this.)  Some of the dinosaurs will be friendly, like the brontosaurus.  Other dinosaurs, though, like the T-Rex, will try to eat us.  Also, pterodactyls, will swoop down from the sky and carry people away to their nests. 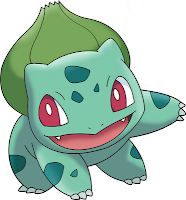 RUN!  This dinosaur is chasing you!


4. NATURE
Nature is all around us.  It is plants and trees and everything else.  Nature can be our greatest ally, or our most ruthless enemy.  What if nature turned completely against us?  Vines would tangle people up and trees would attack us with their branches (like in Snow White).  Pocahontas was good with nature, maybe we should all just be more like her and become friends with old trees. 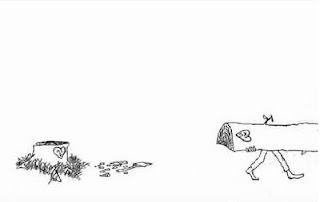 
3. BEARS
Imagine if Planet of the Apes was real.  Terrifying, right?  Now imagine if instead of super-smart gorillas, we had to deal with super-smart bears.  Bears are meaner than gorillas and much stronger.  They're also not primates so they will have no sympathy for us. 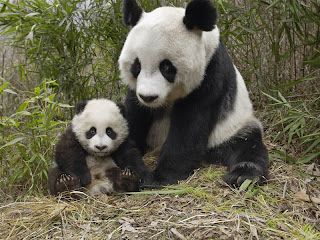 Imagine if these ferocious beasts were smarter than us.

2. JACK FROST
Some say that Jack Frost is a real spirit and others say he is only an idea.  I am sure that he is real.  Jack Frost can make snow cover the earth for a thousand days.  Many of us would not survive the bitter cold and those of us who did would be forced to adapt to a totally new environment.  Jack Frost is quite the trickster and is usually not so malicious, but you never know for sure. 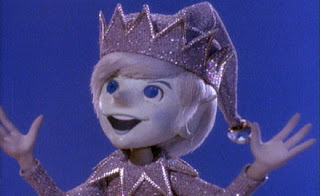 "I am going to freeze you to death."-- Jack Frost (before freezing you)

1. VOLCANOES
Did you know that most hills are actually volcanoes that have been covered up by dirt and roads?  What if, suddenly, all of these volcanoes erupted at once and burning-hot magma exploded everywhere?!  Many cities would perish and we would all have to flee to the plains (because the ground is flat there so there aren't any volcanoes).  Since we know about this threat, the government is making special suits that will allow us to live in lava.  Hopefully, we will make the suits in time. 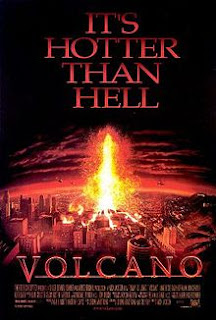 This movie is awful...but accurate. 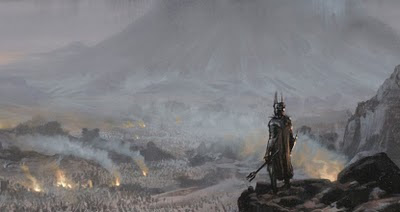 The United States, one year after the great eruption.

All of these threats can seem quite scary, but don't live your life in fear.  If a situation like any of these ever arises, you only have to find me and I will protect you with my cunning, strength, and quick-thinking.  Make sure you tell me that you are a frequent reader of my blog, or I might not help you.
Posted by Jeff at 3:41 PM