The 30 Best Graphic Novels Ever

There are two types of people: people who can read and people who can look at pictures.  Actually, there are three types of people because some people can both read and look at pictures.  Graphic novels are good for the first two types, but if you can read AND see, then they're FANTASTIC for you!  (Actually, I just realized that if you can't see, you can't read; unless, of course, you're reading brail.  I am thinking about this too much now.)

Many of the titles on this list aren't actually one-shot graphic novels.  Sometimes I list an entire series (usually a series that's concluded, but twice I rank an ongoing series).  Basically, whatever's the best of the best.  (I made the list so I make the rules!)  Enjoy! 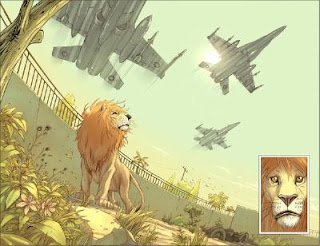 19.) MARVEL 1602, by Neil Gaiman
The title is pretty accurate; it's Marvel heroes and villains in the year (you guessed it) 1602.  Beautifully illustrated by Andy Kubert.  You don't need a detailed understanding of the Marvel Universe to enjoy 1602. 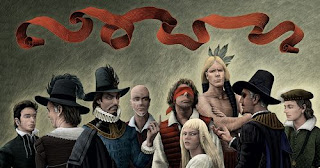 18.) PUNISHER "WELCOME BACK FRANK", by Garth Ennis
Hardcore.  Nonstop action.  Kick-ass.  This is what the Punisher should be. 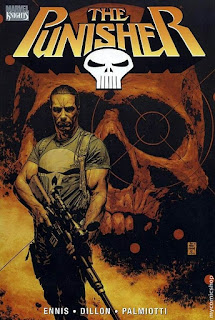 17.) BATMAN: HUSH, by Jeph Loeb
The best Batman story arc of the past decade, with mystery, romance (Batman & Catwoman), and just about every good Batman villain ever. 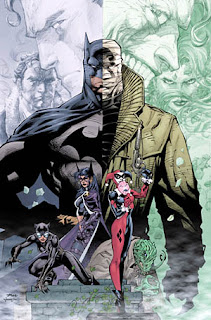 16.) DAREDEVIL: GUARDIAN DEVIL, by Kevin Smith
Daredevil has always sort of been Marvel's less cool version of Batman.  Well, not here.  Guardian Devil gives you a real feel and overview for the character and, by the time you've finished reading, you're a big Daredevil fan (or at least a big Kevin Smith Daredevil fan). 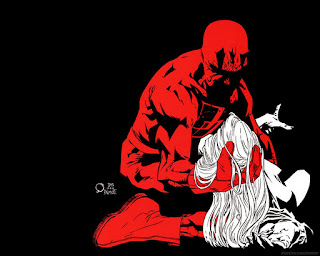 15.) X-FORCE, Vol. 1 ("NEW BEGINNINGS") & 2 ("FINAL CHAPTER"), and X-STATIX, Vol. 1-4 (complete series), by Peter Milligan
Don't get confused by the different names, Milligan's run on X-Force led right into the X-Statix series.  If satire is your thing, X-Statix is where it's at.  Heroes are treated more like celebrities than superheroes in other comics and Milligan doesn't hesitate to kill characters off.  There's a good deal of cynical political commentary weaved into the storylines.

14.) MAUS: A SURVIVOR'S TALE, by Art Spiegelman
A biography of Art Spiegelman's father, Vladek, concentrating on his life during the Holocaust, in which Jews are drawn as mice and Nazis are depicted as cats.  Maus deservedly won a Pulitzer Prize and is widely recognized as one of the most influential graphic novels ever. 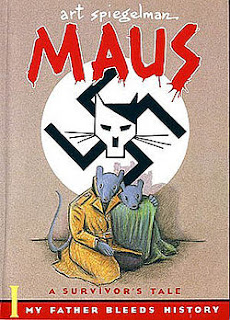 13.) KINGDOM COME, by Mark Millar
A futuristic DC Comics superhero story where old heroes (like Superman and Batman) clash with new super-powered heroes and villains that are overrunning the world.  The story is great, but Alex Ross' amazing painted illustrations make the graphic novel. 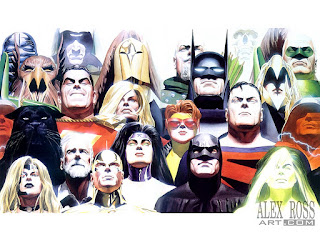 12.) BATMAN: YEAR ONE, by Frank Miller
The best Batman origin story out there.  Year One is told from the perspective of Lieutenant Gordon and twenty-five year old Bruce Wayne, who's just returned to Gotham City after years living abroad. 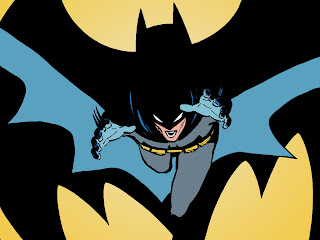 11.) THE WALKING DEAD, Volumes 1-4 (ongoing series), by Robert Kirkman
Like the TV show?  Well, the ongoing comic book series is better.  And, while after a bit, the series starts to get a little repetitive, the first four collected editions are first-rate. 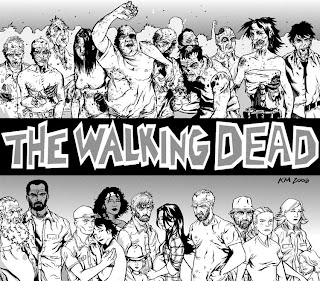 10.) DC THE NEW FRONTIER, Volumes 1 & 2, by Darwyn Cooke
Set primarily in the 1950s, The New Frontier focuses on the emergence of new heroes (Silver Age heroes like the Flash and Martian Manhunter) during the Cold War.  Frontier bridges the gap between the more light-hearted Golden Age of superheroes and the grittier, harsher Silver Age. 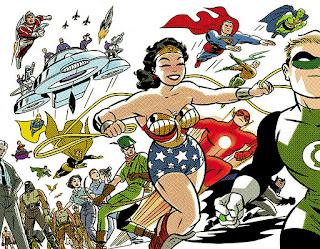 9.) BATMAN: THE LONG HALLOWEEN, by Jeph Loeb
A fan of Christopher Nolan's Batman movies?  The Long Halloween captures the same dark feeling as the films and is one of several graphic novels the movie draws from.  An enthralling mystery that'll keep you guessing, The Long Halloween is actually the first graphic novel I ever read (on a plane to Disney World when I was a little kid) and it's still one of the best. 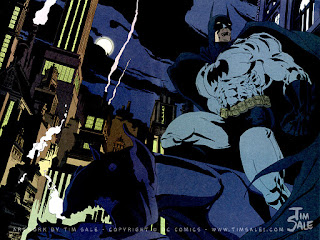 8.) THE LEAGUE OF EXTRAORDINARY GENTLEMEN, Volumes 1 & 2, by Alan Moore
Alan Moore is a crazy person who lives in England.  He has a homeless-person-beard and prays to a snake god.  He is also a genius.  Moore has written many critically acclaimed graphic novels, including Watchmen, V for Vendetta, Batman: The Killing Joke, and From Hell.  Many of his comics, (including The League of Extraordinary Gentlemen ) have been made into movies, something that Moore is VERY adamantly against.  And, after seeing the movie version of League, I can understand why.  The movie is a piece of crap.  Moore's graphic novels, however, are fantastic. 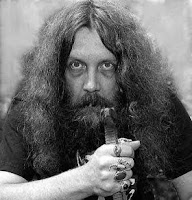 If you haven't heard the premise of League, it's basically characters from different literary works (like Captain Nemo, Dr. Jekyll, and the Invisible Man) working together for the British government.  League is intelligently written and the more famous literature you're familiar with, the more you'll be able to appreciate the two graphic novels. 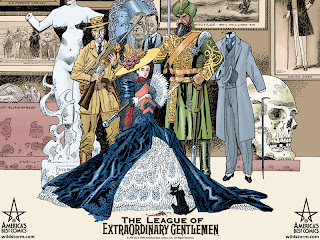 7.) CRIMINAL, Volume 4: "Bad Night", by Ed Brubaker
Currently, there are five volumes of Brubaker's series, Criminal, but, even though all take place in the same city and some characters overlap, each story still stands alone.  While the second and third graphic novels are very, very good, volume four, "Bad Night," is masterful.  If dark, crime noir is your thing (or if reading something good is your thing) get this book NOW. 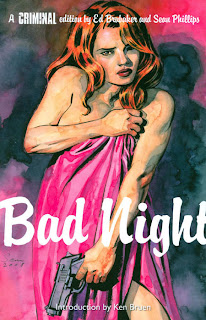 6.) FABLES, Volumes 1-15 (ongoing series), by Bill Willingham
The main idea behind Fables, that a group of fairytale characters are living in the real world, has been used (stolen) in both movies and television shows in recent years.  None have come anywhere close to the quality of Fables, which successfully combines many genres, including adventure, romance, fantasy, and mystery. 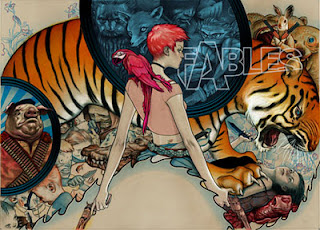 5.) THE SWORD, Volumes 1-4 (complete series), by The Luna Brothers
The Sword is the story of Dara Brighton and her quest for revenge against three siblings who murdered her parents.  I really don't want to say much more than that because I feel like that first sentence already gave too much away.  The Sword has fantasy elements in it (there's a magic sword), but takes place in the real world and is written in a way that anyone can enjoy (it's not super dorky like lots of fantasy books out there). 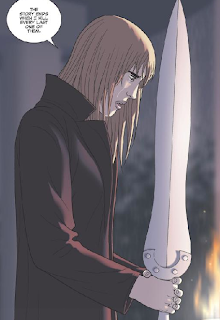 4.) INVINCIBLE, Volumes 1-14 (ongoing series), by Robert Kirkman
The problem with the DC and Marvel Universes is that there are so many writers writing so many different versions of characters that are appearing in so many different comic books that everything quickly becomes incredibly convoluted.  (Characters like Wolverine and Batman are usually featured in 5+ books at any given time.)  Invincible doesn't have such a problem since the story takes place in a universe run solely by its creator, Robert Kirkman. 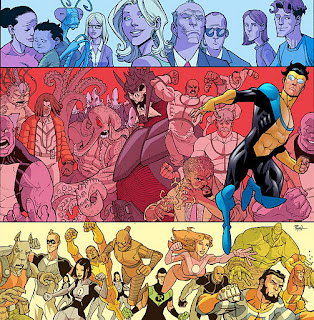 Invincible is everything a super hero comic should be, with a good mix of action and character development; this is some damn fine storytelling.  While the first two graphic novels are appropriate for all-ages, a startling revelation at the end of the third volume changes the entire tone of the series (for the better).  It's here that the story really starts to gain momentum and it never slows down.  Pick up Invincible over the JLA or Avengers any day; you won't regret it. 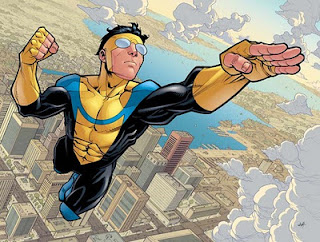 3.) SUPERMAN: RED SON, by Mark Millar
What if instead of landing in Smallville, Kansas, Superman's shuttle landed in the Ukraine?  Red Son opens in the 1950s, with the Man of Steal finally making his presence known to the world, and continues into the early 2000s.  Instead of fighting for truth, justice, and the American way, Superman fights for truth, justice, and Communism (under the guidance of Stalin).  The most original (and best) Superman story ever told. 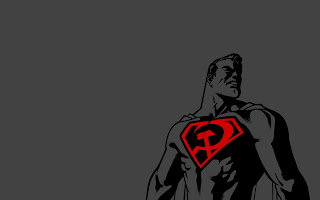 2.) SLEEPER, Volumes 1-4 (complete series), by Ed Brubaker
Sleeper is a neo-noir, thriller centering on Holden Carver, a secret agent so deep undercover in a criminal organization that he doesn't even know which side he's really on anymore.  While characters do have superpowers, this is not your typical superhero comic.  Sleeper is dark, gritty, and definitely not for the kids. 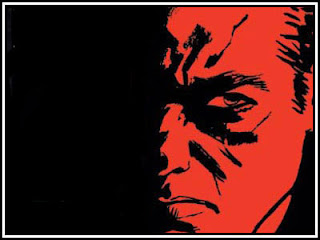 1.) Y: THE LAST MAN, Volumes 1-10 (complete series), by Brian K. Vaughan
Yorick Brown is the only human male to survive a plague of unknown origins that kills every other mammal on the planet with a Y chromosome.  (BOOM!  I'm sold!)  The only man left in a world of women, Yorick, along with government agent Agent 355, geneticist Dr. Allison Mann, and his pet (male!) monkey, journeys around the world in a quest to find out what killed all the men, how Yorick survived, and to find Yorick's girlfriend. 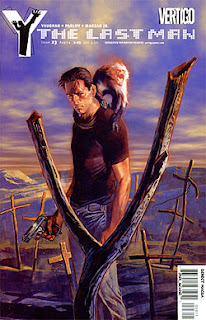 Y is as thought-provoking as it is exciting.  Vaughan had an original, intriguing idea for a story and he delivers 110%.  I could sit down right now and re-read Y: The Last Man from start to finish.  Then, I could pick it back up and read it again.  It's that good. 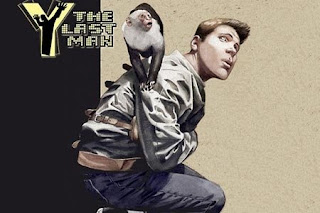