Do you know what holiday is on October 31st? No, it's not Easter. No, it's not Arbor Day either. Yes, that's right! It's Halloween!
Halloween is actually my third favorite holiday, after Thanksgiving and my birthday (which is like a holiday). On Halloween, when you're a child, you get to dress up in a costume and walk around your neighborhood and get candy. When you're older, Halloween is still fun because you can put on a costume and go to a bar and drink excessively. (Unless you have kids, then you should walk around the neighborhood with them; I do not condone bad parenting.)
So, what should you be for Halloween this year? You want to have the best costume out of all your friends, don't you? (Rhetorical question; do not answer.) Luckily for you, I have compiled this list of 12 GREAT Halloween costumes. Since the word "great" is written in all caps, you know I mean business.
Without further ado...

12. GHOUL
Halloween is a celebration of the birth of the devil. We dress up in costumes so that the devil cannot recognize us and drag us down to Hell. What better way to disguise yourself than to dress up as a ghoul? A ghoul is a monster that lives in the sewers and eats people. It has green skin and is very scary. 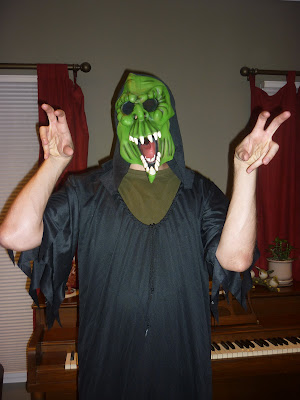 This ghoul looks like a cross between a nun and Killer Croc from Batman.
11. JESTER
If you don't want to be something frightening, dress up as someone who brings people joy-- a court jester! Long before we were born, jesters entertained kings and queens with silly antics. 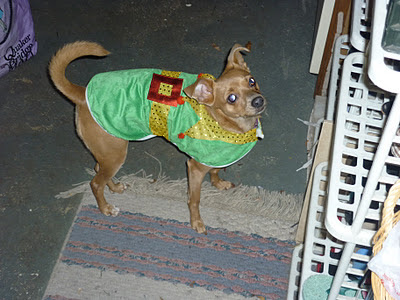 This jester has a fashionable gold belt with a shiny red buckle.
10. PERSON WITH PINK HAIR
You don't want to wear a full costume? That's fine. You can wear a colorful wig instead. Wigs are great because they make you look a little bit different, but you also still look mostly the same. 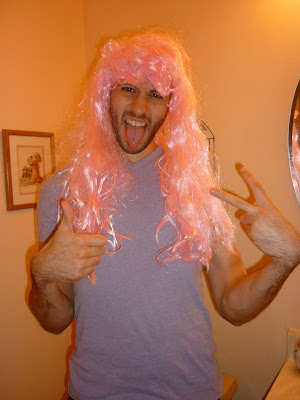 This man looks like he is from the group Twisted Sister.
9. OBNOXIOUS SHIRT
Oh, so you want to be one of those people? You think you're so cool in your shirt with something snarky written on it. Well, you're probably not very cool. However, if you can pull it off, people will be very impressed. 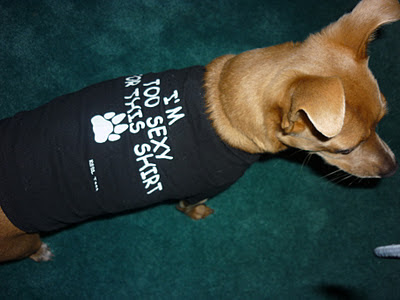 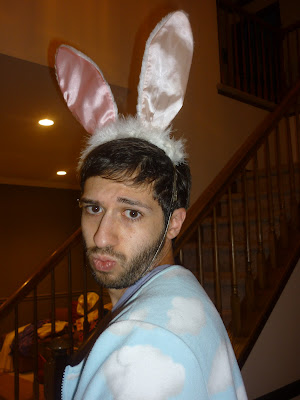 Apparently, this is my sexy face.
7. SPORTS STAR
If you're a big sports fan, show it! Dress up like your favorite athlete! This costume is easy since you just get your favorite jersey out of the closet and put it on (so it's also sort of not a real costume). 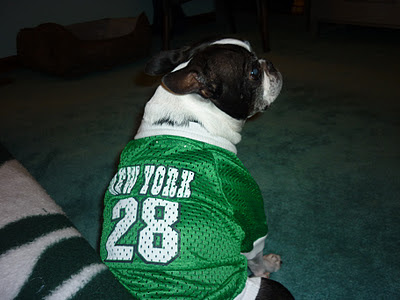 Curtis Martin's #1 Fan.
6. SUPERMAN/SUPERGIRL
We're going to see a lot of Batmans this year and probably a bunch of Iron Mans, Jokers, and Captain Americas. So, if you want to be a comic book character, why not be different and dress as the world's strongest hero: Superman! If you're female, don't worry, you can still put on a red cape and be Supergirl! 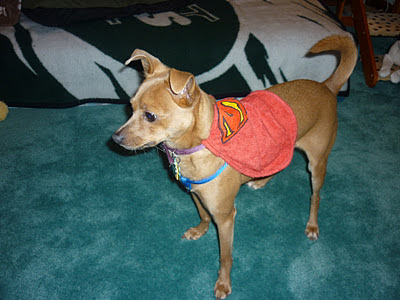 It's a bird, it's a plane, it's Supergirl!  (Samantha does not want to be Superdog.)
5. M&M
The M&M costume was BIG years ago. Now, it's cool again! You might have one of these costumes in your attic from when you were a kid, so just get it out and put it on. 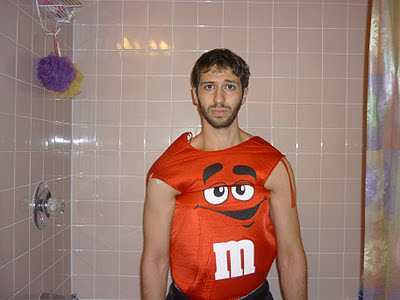 This costume was made for a child, so it is much too small.
4. THE DEVIL
Dress up like the devil himself and scare all of your friends! All you need is this special hat that gives you devil horns and big, scary devil eyes. 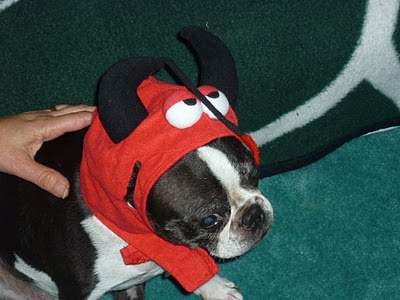 He's terrifying!
3. PUMPKIN
If you have lots of orange felt lying around and are crafty, you can make your own Halloween costume. Making your own costume is always a good idea because then you don't run the risk of being at a party where someone is wearing the same costume as you. 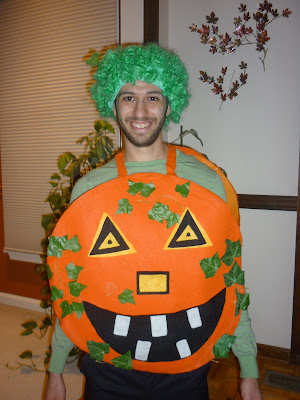 That pumpkin actually looks pretty scary.
2. ASTRONAUT
If you are rich, you can buy a very expensive astronaut jacket that will make you look like an astronaut. Soon, astronauts will be going to Mars, the "Red Planet". You can lie to people and tell them that you are one of these astronauts. If they are slow, then they will believe you. 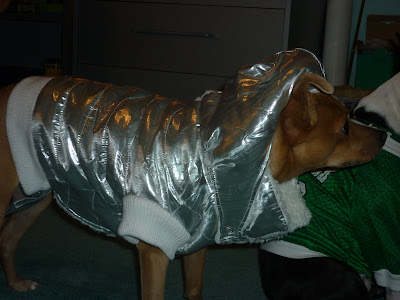 They sent a dog into space once, but it died. 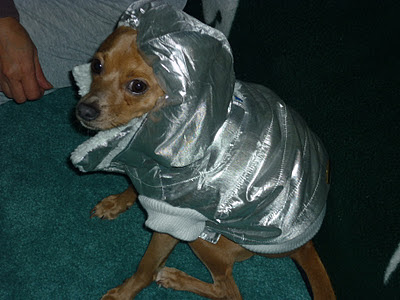 "Please don't send me into space."
1. SERIAL KILLER
First there was Freddy, Jason, and Michael Myers. Now, there's you!


I got this mask at Jack's Dollar Store (I think that's what it's called) by Penn Station. I was not looking for a mask at the time (since I plan on being someone from the 1920s for Halloween and do not need one), but since the mask was so scary and cheap ($1!), I couldn't resist . (I also got 10 Tootsie Rolls for a dollar at Jack's-- it was a good dollar store.)  In honor of where I got the mask, let's name this serial killer Jack Penn.  Jack Penn is very scary. 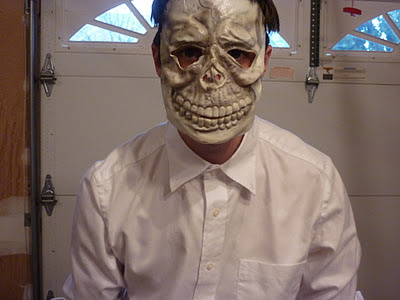 RUN!  Jack Penn is coming for you! 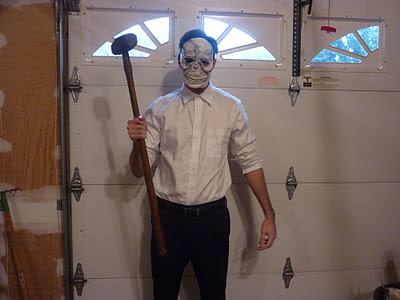 Get out your mallet and you've completed the look.
HAPPY HALLOWEEN, EVERYONE!
-JTG!!
Posted by Jeff at 2:50 PM