You probably didn't know that there was a wedding a few days ago.  A prince married a woman from "the wrong side of the tracks."  British people were very excited about this, but I did not care since it didn't seem like it was going to be as good as The King's Speech.
Still, all of this talk about marriage has inspired me to create this list: TOP 10 COUPLES EVER!! 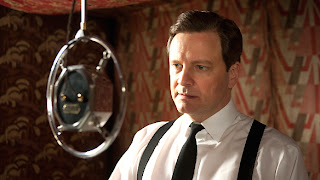 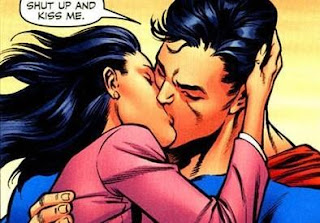 Since Superman has so many cool powers he could probably have his pick of any woman on Earth.  Despite this, he is not a "player" and has married Lois Lane, a mildly attractive, snarky reporter.
9. WIll Smith and Jada Pinkett Smith 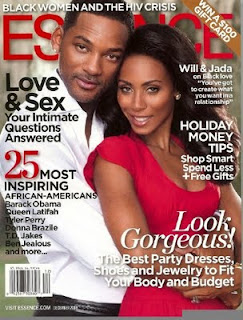 Will Smith was a famous rapper and the star of The Fresh Prince of Bel-Air, a show where he was from the hood, but now lived in Bel-Air (this often created hilarious circumstances).  Later, he went on to star in some fantastic films like I, Robot and Men In Black II.  His wife, Jada Pinkett Smith, was in the second and third Matrix films (the bad ones).
8. Franklin and Eleanor Roosevelt 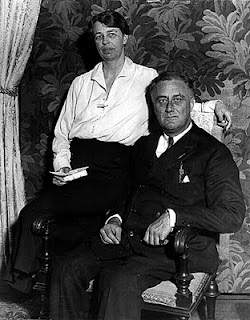 The Roosevelt's are one of the most famous presidential couples since they all did a great deal for the country.  They were an unlikely pair since she was a lesbian and he couldn't walk.
7. Romeo and Juliet 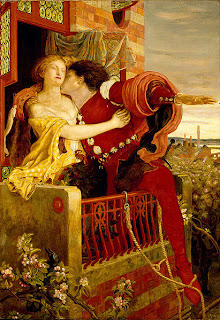 This is probably the most famous couple of all time.  Sadly, the relationship ended in tragedy.  Even though Romeo and Juliet were very much in love, there was a miscommunication and Romeo poisoned himself and Juliet stabbed herself with a dagger.
6. Lady and the Tramp/ Beauty and the Beast (TIE) 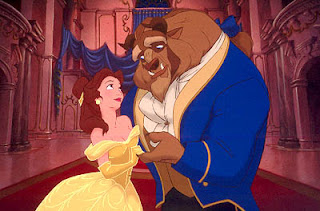 Both of these stories are basically the same: Female falls for undesirable male.  There are some famous romantic moments for both couples.  Lady and the Tramp share a plate of spaghetti and as they slurp up a noodle their lips meet and they kiss.  (I'm sure we have all done this to imitate the scene.)  For Beauty and the Beast, there was the moment when Beast threw Gaston off the roof and when Beast turned back into a man.  Also, the clock and candlestick sang. 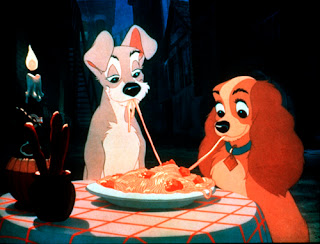 He is going to take advantage of her.
5. David Beckham and Posh Spice 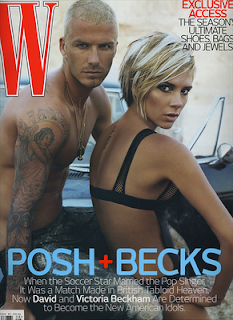 David Beckham is a very good-looking soccer player and probably the only soccer player most Americans can name since soccer is a boring sport not popular here in the states.  Beckham married Posh Spice, one of the more attractive Spice Girls.  The Spice Girls created some catchy songs that get stuck in your head very easily.  In fact, you probably have a Spice Girls song stuck in your head since I just mentioned them.
4. Ben Affleck and Matt Damon 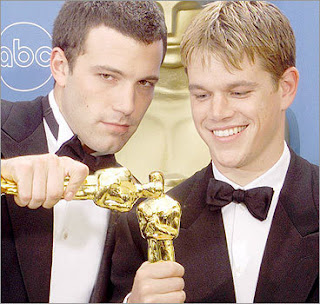 Ben and Matt are "childhood friends," which is code for that they have sex with one another.  Their careers started after they starred in the film they co-wrote, Good Will Hunting.  Both men are now married, but it is common knowledge this is only to help keep their gay relationship secret.
3. Tom Cruise and Katie Holmes 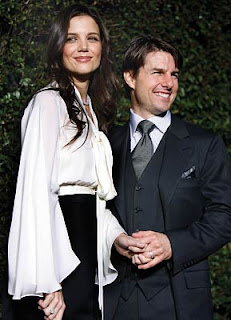 Tom Cruise is a small crazy man who used to make good movies.  Some time ago, he became a Scientologist, jumped on Oprah's couch, and married Katie Holmes.  Katie Holmes is fairly attractive and was on Dawson's Creek (I am told).  She is a Nicole Kidman downgrade.
2. Lucy and Ricky 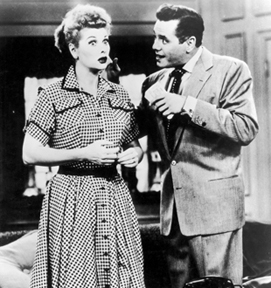 Most episodes of I Love Lucy go something like this: Lucy (who is mildly retarded) finds herself in a wacky situation.  Ricky finds out and says, "Lucy!  You got some 'splainin to do!" (Sometimes he yells at her in Spanish.)  Lucy and Ricky reconcile because they are very much in love.
1. Jack and Rose 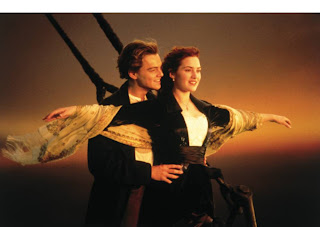 Titanic is one of the best movies of all time.  (If you do not believe this, then you have no soul.)  Rose is supposed to marry Cal, who is very wealthy, but also a jerk!  She falls madly in love with Jack Dawson, who is dreamy.  SPOILER ALERT* The boat they are on, The Titanic, sinks.  Rose floats on a piece of wood while Jack is in the freezing water beside her.  He makes her promise to never let go.  Rose says, “I’ll never let go, Jack.  I'll never let go."  Later, though, she lets go and his body sinks to the bottom of the ocean.  This is because the line is meant to be symbolic, not literal. 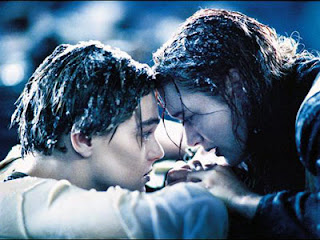 Near, far,
wherever you are,
I believe that the heart does go on.
Posted by Jeff at 9:22 PM