The summer is one of my favorite seasons (it's third, after fall and spring). 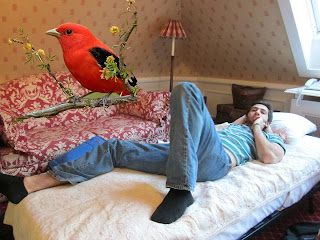 I could go to sleep if not for this chirping bird!
However, there is one major negative that bumps the summer further down on the awesomeness scale... The TV season ends!!  Tonight we say goodbye to Extreme Makeover: Home Edition, Survivor, Desperate Housewives, and The Cleveland Show.  I hope you've got a DVR! 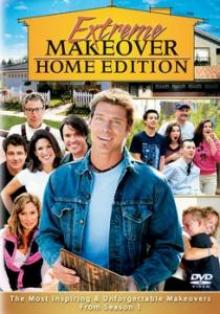 I hope you really don't watch this show!
Real Americans watch TV.  It doesn't matter what show suits your fancy, be it Law & Order SVU, Justified, or Vampire Diaries.  If you don't watch TV then you're probably not reading this blog because you don't have a computer and live in the woods and hunt for your own food (unless you have made the four hour drive to the nearest town to go to a library to use a computer).
So what are you supposed to do now that your favorite TV show is gone for the summer?  Should you play board games with your kids?  Should you go outside and get some exercise?  Should you read something?  The answer to all of these questions is "no" (except the first one, because no is not an acceptable answer to that question). 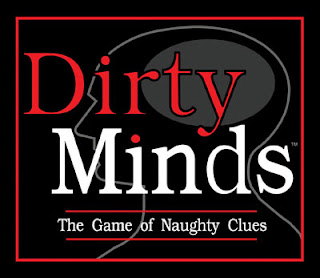 Board games like this are most certainly not family friendly (like Two and a Half Men)!
I have come up with a fantastic TV show and I have no doubt FOX will think it's a perfect lead-in for Hell's Kitchen on Tuesday nights (sorry Masterchef).
What is this fantastic show... It's POUND DOGS! 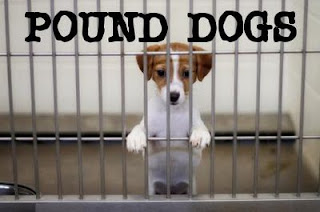 (I was going to call my show Pound Puppies, but there's actually a line of toys by that name.  My second choice was Rescue Me, but this is the name of a show with firefighters.)
Pound Dogs is a reality competition which pits dogs without homes against one another.  We'll start out with twelve dogs (different breeds, varied cuteness levels).  Each week the dogs will do different tasks that let us learn more about them.  One week the dogs will go to a hospital to comfort the ill.  One week there'll be a dog fashion show.  One week the dogs will run around and jump through hoops.  (I have lots of other ideas, too.) 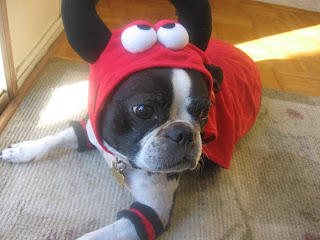 Ready for the fashion show!
After each episode, YOU, the viewer, get to call a special number and vote for your favorite dog.  (You only have two hours to call, but you can call as many times as you want.)  On Wednesday night at 8:00 (FOX will have to shorten So You Think You Can Dance to just one hour), we'll have the Pound Dogs Results Show.  The dog with the fewest votes from the night before will be "put down" (killed) at the end of the show.  The remaining dogs get to stay on the show! 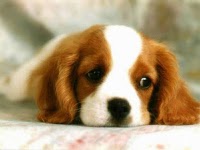 "Please vote for me."
Finally, we get to the big finale... only two dogs remain!  After the winner is revealed (and the runner-up goes to doggy heaven), the winning dog gets the big prize, a loving family to care for him (assuming the winner is a male dog).
What's that smell?  Oh... it's money!  It's the smell of fifteen million viewers watching Pound Dogs and advertisers forking over 500K for a thirty-second spot twenty!


*In all seriousness, according to the Humane Society, four million cats and dogs are put down in shelters each year.  So go out, get a dog, neuter him (or spay her), turn off the TV, and take your new dog for a walk.
Posted by Jeff at 2:58 AM