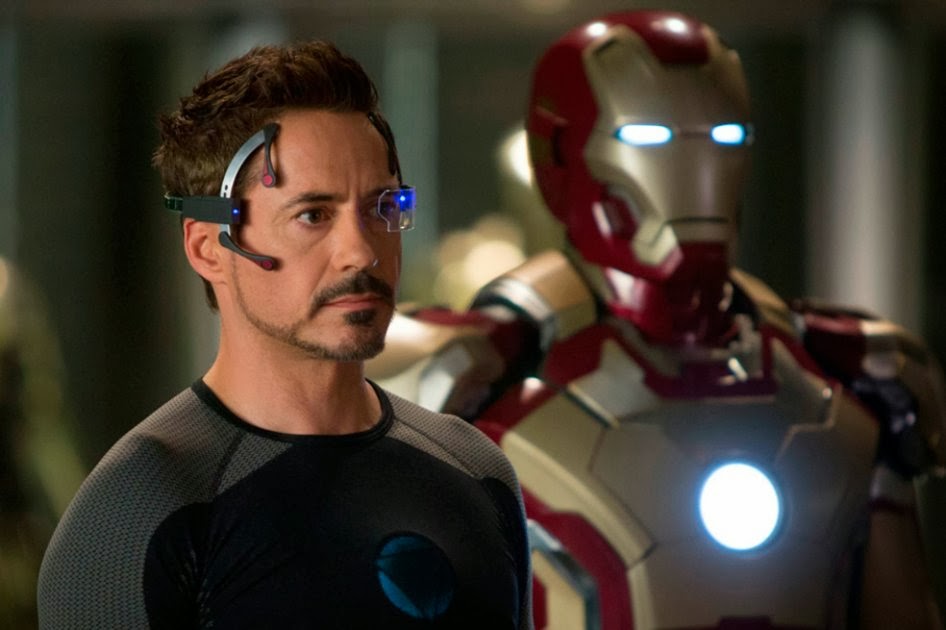 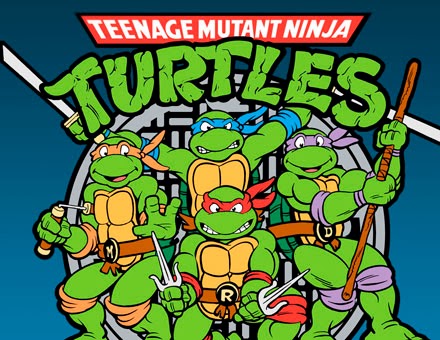 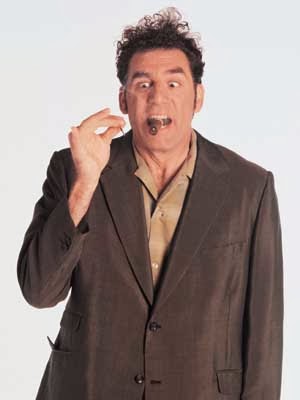 Kramer is the kind of person who would be funny once in a while, but 90% of the time you wouldn’t be able to stand the guy. Kramer barges in unannounced and acts in a generally ridiculous manner. He’s funny in the Seinfeld universe and the other characters on the show typically don’t mind how he acts, but in the real world, oddball Cosmo Kramer wouldn’t have too many friends. 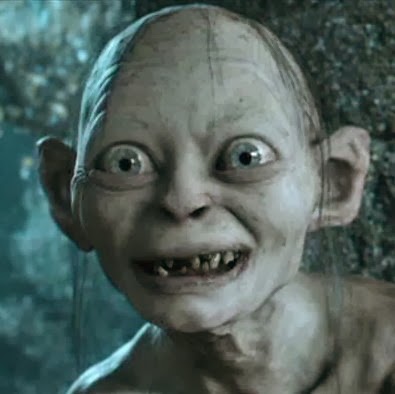 Who doesn’t love saying “my precious” in a Gollum voice? I know I sure love doing my Gollum impression. (I also do an excellent Christopher Walken, Rain Man, and Bill the Butcher from Gangs of New York.)

Gollum might be great on the big screen (and in the LOTR books) because he’s amusing and sort of funny, but can you imagine actually trying to deal with the little freak? You’d probably react the same way towards him that Sam does. Also, Gollum would try to steal your jewelry.

Kirk is a hotshot, conceited, self-centered, attention-seeking captain—sounds like a great guy. (Sarcasm.) 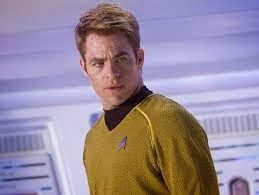 Captain Kirk going against orders to do what he thinks is right might be entertaining, but when it’s my life on the line, I don’t want some crazed man-whore taking dumb chances that are going to get me killed. I’d probably be a redshirt after all.

Dwight is typically a hilarious character (at least on the first few seasons of The Office before it went downhill). One time on the show, Dwight lies to Michael and tells him he was at the dentist. When Michael asks him what his dentist’s name is, Dwight replies: “Crentist”. When Michael says that his name sounds a lot like dentist, Dwight replies, “Maybe that’s why he became a dentist”.

As an outsider looking in, it’s hard not to love Dwight, but in the real world, when he’s knocking things off your desk since they overlap onto his space, he wouldn’t be quite as funny.

Katniss is a good, strong female role model for girls everywhere in theory, but if she were real, I don’t think too many ladies would be fans. First off, she is way to pretty for a poor girl from District 12. Also, she is a showoff. This might help her get sponsors in the games, but in the real world it wouldn’t be such a positive characteristic. 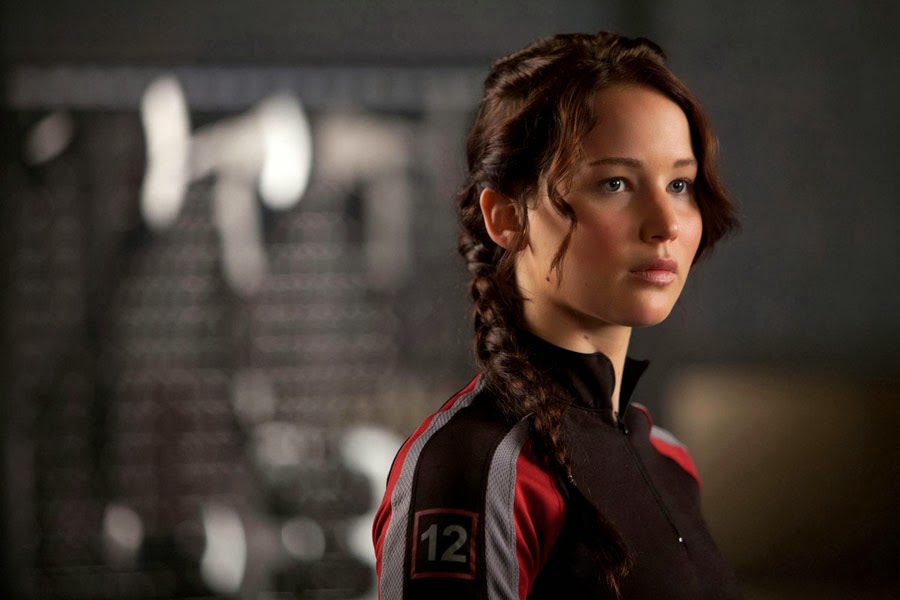 As for all you male readers, consider how Katniss used Peeta and messed with his head during their first Hunger Games. Just because you don’t care about Peeta since he is annoying (and named after a type of bread… and he’s a baker… hey, I get it!), imagine if she used you the same way. Katniss is the ultimate tease. Plus, after she breaks your heart, she’ll probably kill you.

Who doesn’t love a good villain? Just like Tony Soprano before him, Walter White exemplifies an antihero that many fans loved to root for despite his evil-doings. 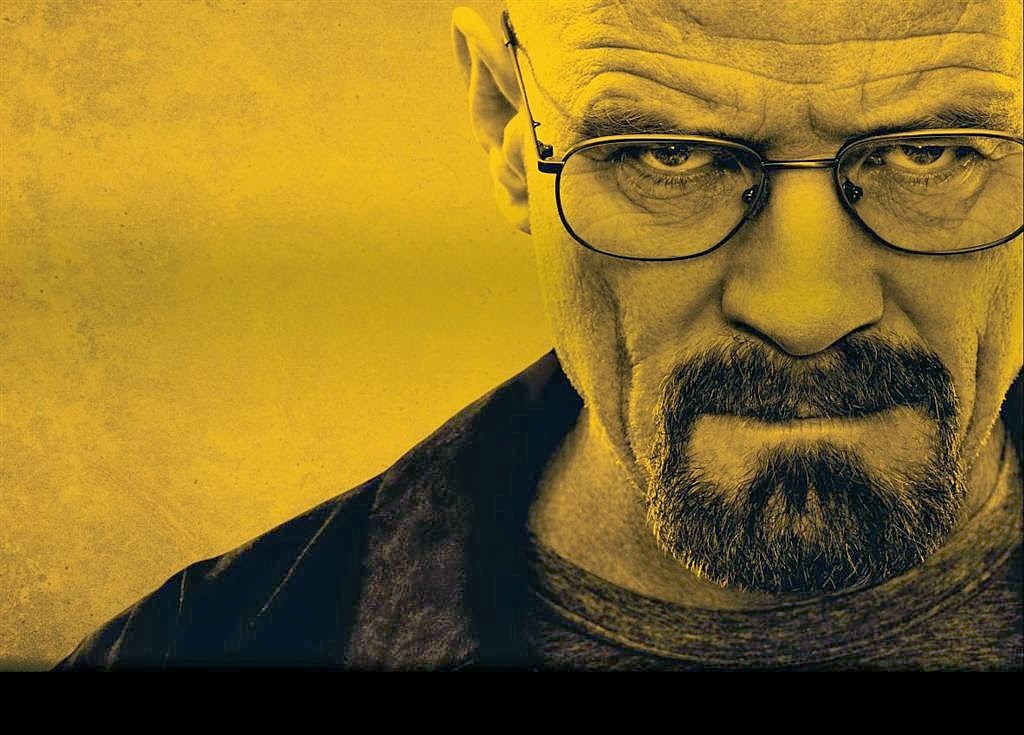 In reality though, "Walt" is a heartless criminal mastermind. He’s willing to kill at the drop of a (funny) hat. You would fear Heisenberg if he weren’t fictitious, not like him.

However, Sherlock’s pompousness and lack of compassion would make him incredibly difficult to deal with if he were a part of your everyday life. You wouldn’t be able to get a word in before Sherlock rattles off a bunch of information he’s already figured out about you. He might be fun at parties, but after a while you’d want to punch him in the face.

Harry Potter is just about as annoying as humanly possible (or wizardly possible). He somehow manages to be a goody two-shoes, sucking up to Dumbledore and that massive oaf Hagrid, and a “rebel”, sneaking around with his invisibility cloak. Both sides of Harry are equally obnoxious. Potter also plays the role of the hero while keeping up the “who me?” attitude. 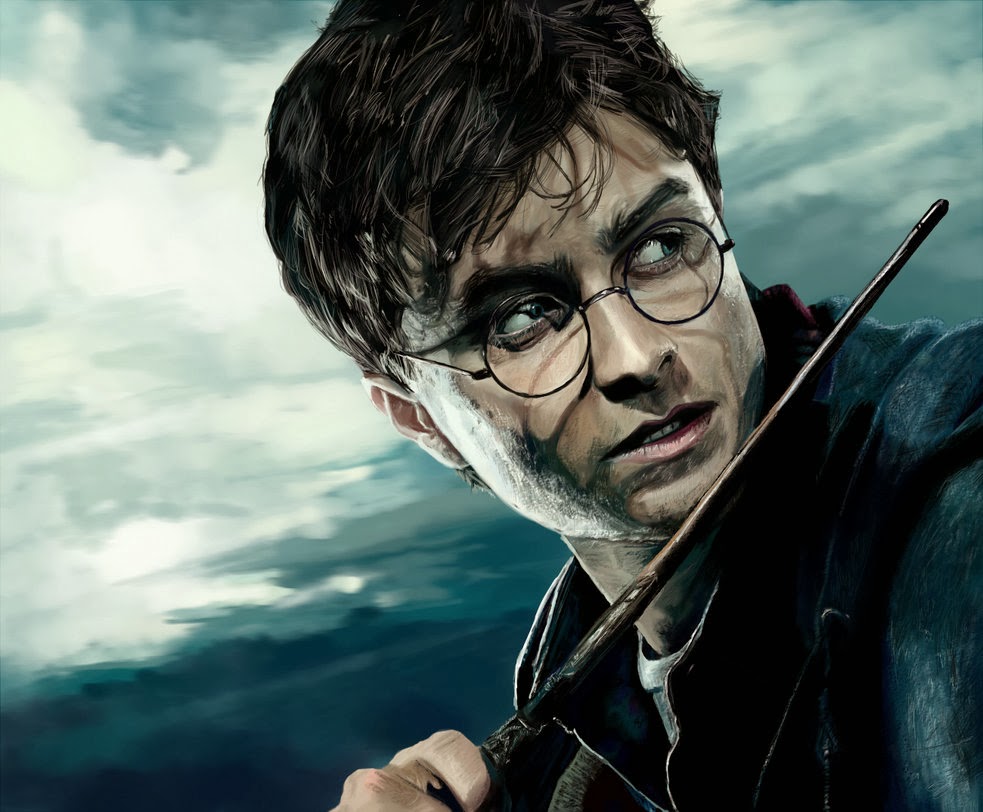 “I’m the best qudditch player ever. I won the Triwizard Tournament. I saved the world and defeated Voldemort. Gee wiz, I can’t believe it. And to think I grew up in a closet. Let me pat myself on the back.”
Posted by Jeff at 9:13 PM