Top 10 Worst Board Games Ever

For as long as man has existed, there have been board games. In fact, archaeologists now think that cavemen invented fire so that they could play backgammon late into the night. (Also, they would be able to use the fire to see if dinosaurs were heading towards their caves.)

Nowadays, board games are a fun way to pass the time if there is a power outage in your neighborhood and you can’t watch TV. They are great for children and also for college students who want to do something while pregamming before a night out (a case in which some rules might have to be modified to allow for alcohol consumption).

One example of a popular board game is Monopoly. Monopoly is so popular that Hasbro has made roughly 1,000,000 different versions of it. I do not like Monopoly (not even the SpongeBob version) because it takes too long to play and I have little patience. Also, people always play Monopoly with different rules and one person always takes the game way too seriously and another person always takes the game not seriously at all (me) and might even try to cheat and take extra fake money (me again). Despite this, after hours and hours of extensive research, I have determined that Monopoly is not one of the worst board games ever.

The following ten games are the worst of the worst. Some of them give a bad message to children. Others are boring or awful to play. And some of them are just plain dumb.

*Please note: Some of the games on this list aren’t actually played on a “board”. However, they are still in the Board Games section of toy websites, so I am considering them as such. 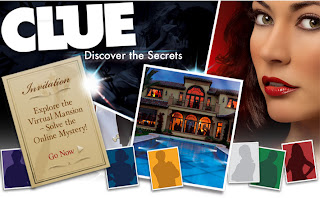 Let’s think for a moment as to what the game Clue is really about. It is about MURDER. It is about the killing of a kindly old man, Mr. Boddy, who has invited a group of friends to his mansion for a party. Was Mr. Boddy killed by a tasteless poison causing him to peacefully fall asleep forever? NOPE! He was murdered in some heinous fashion with weapons like a wrench, rope, and revolver. Is this a children’s game or the next Saw movie?

Upon discovering Mr. Boddy’s mutilated corpse, his guests don’t call the police. Instead, they decide to investigate by themselves. Not only is this dangerous, but if they do find the murderer before he kills them, we can only assume they will exact some sort of vigilante justice. 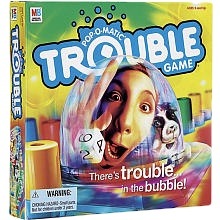 It really “troubles” me to put Trouble on this list because I like Trouble. However, after all of my research, I’ve realized that it needs to be somewhere on here. That is because Trouble is basically Sorry for "special" people. There is ZERO skill. There is ZERO thinking involved. Instead of playing Trouble you are probably better off doing something more exciting and thought provoking, like a puzzle or going to the American Museum of Natural History. 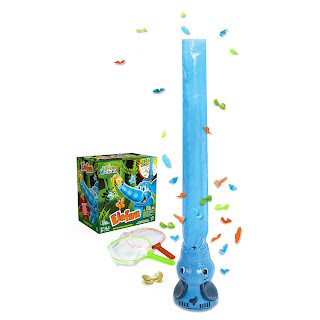 Why are butterflies coming out of the elephant’s trunk? Elephants and butterflies are two things that should never be combined. If you want to catch butterflies, get a butterfly net, go outside, and catch some butterflies. The sun will do you good. If you want to see an elephant, go to the zoo. (Or go to Africa, but make sure that you get all of your shots first.)

The game is also dangerous for children and comes with the following warning:
CAUTION: Hair entanglement may result if child’s hair comes in contact with moving parts of game.

“Hey, Jeff, why’d you shave your head?”
“Oh, I had to shave it to untangle myself after I got caught in the elephant’s trunk playing Elefun.” 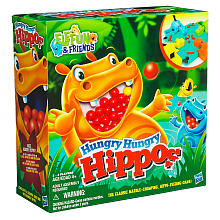 Here comes the hate mail because I know many people really love this game for some reason. (Probably to be ironic.)

Hungry Hungry Hippos is a piece of junk. It always breaks. You slam down a lever trying to eat marbles you throw into the middle of the board as hard as you can and as fast as you can. It’s also 0% fun. The average amount of time someone can play Hungry Hungry Hippos before getting bored is around 2 minutes. 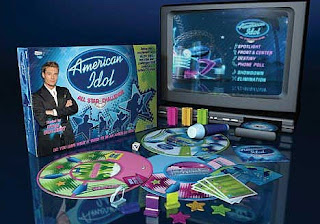 Most games based off of TV shows are crap, but this one looks the worst. First off, if you want to save yourself $54.99 (not kidding, that’s the actual price), you can just hold your own singing competition or get drunk and go do karaoke.

Secondly, you know a game is going to be awful when it includes way too many pieces and cards. American Idol All Star Challenge Game (which is a super-catchy name by the way), comes with the following:
Game DVD
1 Game Board
4 Tokens
16 Talents Cards
4 Category Reference Cards
1 Eight-Sided Category Die
60 Performance Stars
1 Echo Chamber
Microphone
Instruction Sheet

I wonder if you really need that instruction sheet or if you can just figure out the rules on your own. 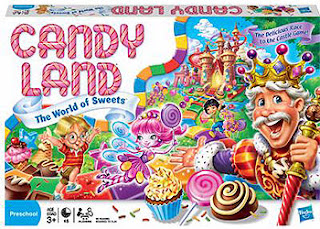 Candy Land is so obnoxiously colorful and smiley and full of sugar that I don’t think I would ever want to go there.
“Hey, Jeff, want to go to Peanut Brittle House?”
“No, I don’t because I don’t like peanut brittle.”

I also do not like the characters in the game: Mr. Mint, Gramma Nutt, Plumpy, Gloppy the Molasses Monster, etc. I would never eat anything anyone with one of those names gave me.

4. ANTS IN THE PANTS 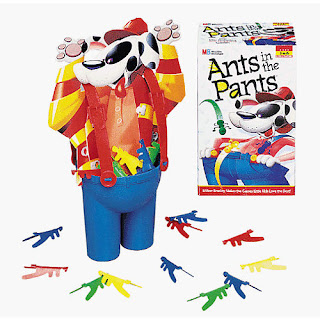 Have the people at Hasbro ever had “Ants in the Pants”? You fall asleep at a picnic and then WHAM—ants in your pants. It’s no laughing matter. Soon after you’ll be playing “Insect Bite Soothing Cream All Over Your Body”.

Also, what is this disturbing creature whose pants I’m trying to flip ants into? He has the head and paws of a dog but the body of a man and no feet. He is also wearing suspenders and a red baseball cap. I do not like him at all. 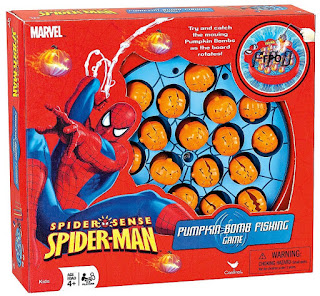 Spider-Man does lots of things. He catches bad guys. He takes photos for the Daily Bugle. He has romance time with Mary Jane. You know what he doesn’t do? He doesn’t fish.

The concept of this game just blows my mind. And that’s pretty ironic since what Spider-Man is fishing for are pumpkin bombs. 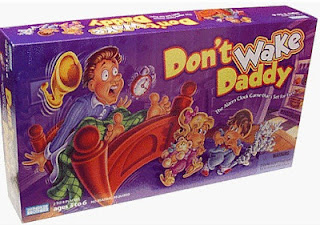 This game just puts you so on edge. When you push that button and you know Daddy might spring up and send you running back to bed—man, your stress level is through the roof. Games are supposed to be fun and relaxing. (Or they are supposed to make you think—but this game doesn’t involve any sort of skill either.)

Also, this game encourages something that is a big problem today in America: Obesity. These children should not be up at midnight sneaking around the house to get sugary treats from the fridge. This is very unhealthy and they will have lots of medical problems later in life.

This one really speaks for itself.

Here's the product description, courtesy of Toys "R" Us:
"Doggie Doo, Europe's top new action game, has come to America. Feed and walk your little pup, if he makes a mess you clean it up! When you squeeze his leash he makes a gassy sound that gets louder and louder until...plop. The first to clean up after the dog three times wins."