We all know that expanding the number of Best Picture nominees to ten was stupid.  You might as well pretend there are only five nominees and cross The Kids Are All Right, Winter's Bone, Toy Story 3, The Fighter, and 127 Hours off your list because I don't think they would've made the cut in the old days (two years ago).  In fact, you can ignore Inception, Black Swan, and True Grit, too.  This is a two horse race between The Social Network and The King's Speech.  Even so, here are my rankings of the ten movies nominated.
10. The Kids Are All Right 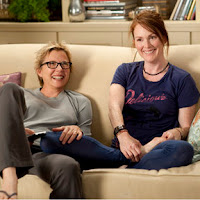 It wasn't as bad as The Blind Side getting a nod last year, but The Kids Are All Right is by far the least deserving movie nominated for Best Picture.  This movie is truly nothing special.  The performances are fine.  The story is fine.  But a Best Picture should be more than "fine".  There is no way this movie should be nominated over Never Let Me Go, The Town, or Blue Valentine.
Annette Bening is completely undeserving of a Best Actress nomination.  Her acting isn't bad, but it's definitely nothing special.  And if you think Mark Ruffalo is more deserving than Andrew Garfield (for either his performance in Never Let Me Go or The Social Network) for Best Supporting Actor, you must be on crack.  Bottom line: The Kids Are All Right is just alright (zing!).
9. Winter's Bone

Winter's Bone is about a girl searching for her drug dealer father so that he will appear in court and her family won't lose their property, which he put up as bail.  The girl, Ree, is played fantastically by Jennifer Lawrence, who is completely deserving of her Best Actress nomination.  Still, the movie itself is slow and repetitive, as Ree goes from one unsavory character to another to find her father.
8. The Fighter 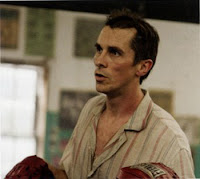 The Fighter is your stereotypical boxing movie.  There really isn't much that we haven't seen before in this (true) story.  The performance of Christian Bale as drug addict/ex boxer/trainer Dicky is clearly the best part of the film.  Melissa Leo and Amy Adams are also excellent.  Mark Wahlberg, as the lead character, plays Mark Wahlberg, but more Irish and a boxer.  He's definitely the least interesting character in the film.  Overall, this movie is good, not great, and if not for the performance of Bale, it wouldn't be memorable.
7. Toy Story 3 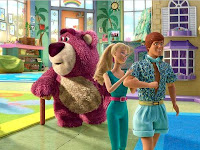 Many people loved Toy Story 3.   I didn't.  It's a good movie, but it's not as good as the original Toy Story, or Toy Story 2.  The story isn't particularly original (characters enter what seems like it's a utopia, but really they're in a world of trouble; basically what happens in Watership Down).
Still, these are characters that people love and it's probably the best children's movie of the year.  But is it really that much better than How to Train Your Dragon?  (Before you answer go watch How to Train Your Dragon-- it's more original.  Toy Story 3 is still better, but not significantly better.)
6. True Grit

True Grit is much better than the Coen brothers movie nominated for Best Picture last year (A Serious Man-- thumbs down!), even though it is definitely not their best film (or even in their top 3...maybe not even in their top 5).  It's the acting that makes the movie since the story itself is your basic revenge-story Western.  Hailee Steinfeld is excellent as the protagonist and should've been nominated for Best Actress, not Best Supporting Actress.  Jeff Bridges and Matt Damon are very good in supporting roles.
5. The Social Network

This is a solid movie that's overrated.  My main problem with Social Network is that it drags.  The acting is good, but I didn't find myself caring very much about Mark Zuckerberg (either positively or negatively).  He was sorta a jerk, but I didn't dislike him; I was just indifferent.  I know it's ironic that someone who was so anti-social founded Facebook, I just don't really care.
I'm really concentrating on the negatives here; this is definitely a movie that deserves being nominated-- it is very good.  Plus, Jessie Eisenberg's mom was a clown named Bonabeenie who performed at my sister Laura's birthday when we were little.
4. 127 Hours 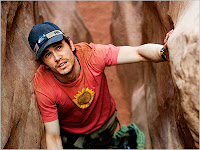 Almost the whole movie is James Franco with his arm trapped under a rock unable to move... and I wasn't bored for a second.  Franco is fantastic and the scene in which he interviews himself while trapped shows why he's nominated for Best Actor.
3. Black Swan

I really wasn't expecting to like this movie, but I really did.  The movie is beautiful and satisfying.  Natalie Portman deserves to win Best Actress (and she will).  I liked Black Swan just as much as I liked Aronofsky's last film, The Wrestler.
2. Inception

Inception is one of those movies that gets even better with a second viewing.  Out of all the movies nominated, none have been as talked about and debated as Inception.  The look of the film is amazing and the idea it centers around is creative as hell.  The acting is spot on and the direction by Christopher Nolan is excellent.
Inception is not my favorite Christopher Nolan film (The Prestige), or my second favorite (Memento), or even my third favorite (Batman Begins), but Christopher Nolan's worst film (Insomnia) is better than 70% of the movies out there.  Christopher Nolan was snubbed for a Best Director nod.  I don't know what the academy has against him because he's a cinematic genius.
1. The King's Speech 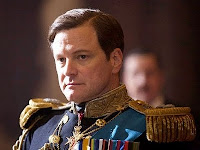 The King's Speech is the best picture of 2010 and I think it'll be recognized as such.  Everything about the movie works.  The acting is fantastic.  Colin Firth will win Best Actor and Geoffrey Rush is the only actor I could see challenging Christian Bale for Best Supporting Actor.  Nominated for 12 awards, I think The King's Speech will take home plenty of Oscars.
Posted by Jeff at 1:33 AM